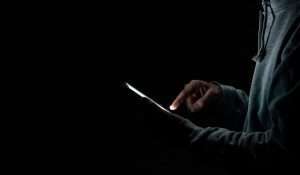 (JAMAICA OBSERVER) – A Jamaican man on Monday was sentenced to 12 years in a United States prison for being a leader of a scheme that stole US$1.3 million worth of Sprint iPhones in 14 states.

According to a report from Pennlive.com, Henry’s sentence also includes restitution of US$705,803, which will be shared by other defendants, including another Jamaican and a Guyanese national.

Further, Henry, who was previously deported and re-entered the US illegally, is to be on three years’ supervised release following his prison term and faces the likelihood of again being deported.

A total of 1,630 phones were ordered, however, approximately US$642,444 worth of them were not delivered.

The modus operandi of the Henry-led scheme involved the stealing of “the identities of 390 individuals with high credit scores to open sprint accounts and order iPhones,” the report stated.

The participants of the scheme then tracked the packages and were later intercepted or taken off porches using the stolen identities.

Individuals who picked up the packages received payments of between US$250 or US$300 each.

According to Henry, the iPhones were subsequently taken to New York City and sold to a man of Indian descent.

An evidentiary hearing was held on Friday, because the Jamaican did not agree that he was the leader of the scheme.

However, following the testimony of a Homeland Security Investigator who said most of the phones were exported and could be sold for triple the US$749 retail price, the judge determined that Henry was “deeply involved in the conspiracy and had a leadership role,” the report said.

The judge also pointed to Henry being the person who distributed the fake identification cards and drove participants to pick up packages.

The hearing on Friday also revealed that several social security numbers were found on Henry’s phone at the time of his arrest in July 2019 in Delaware.