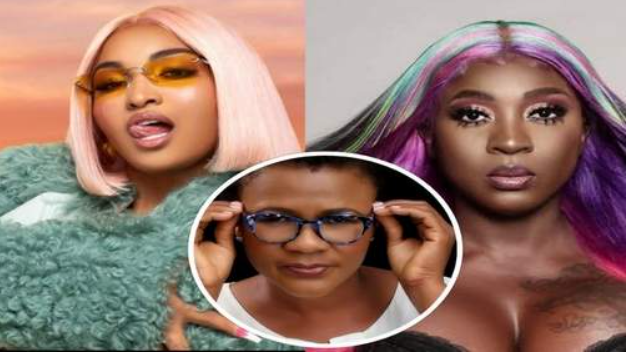 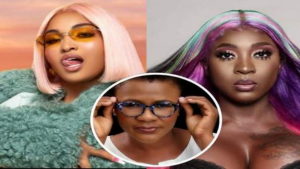 (JAMAICA OBSERVER) – Minister Marion Hall, former Queen of the Dancehall and one of Jamaica’s top lyricists, has taken aim at some of the top female dancehall acts in the local industry, urging them to turn to Christ and pointing out that in their current state, they are all in a “race to hell.”

In her weekly Church sermon last Sunday dubbed ‘Submit Yourself or Go To Hell’, Minister Hall called out Spice, Shenseea, Ishawna and Jada Kingdom on their supposed wrongdoings and shared that they will never be at peace until they choose God.

Admitting that she “originated slackness” in her former days as Queen of the Dancehall, Hall said she feels a certain obligation to put an end to the over-sexualisation of the local music space.

“I worked for the devil, gyrating mi self on stage. At times I was so uncomfortable so I see you, baby girl, I see you. You’re not comfortable. I see my little sisters and desperation has taken control of them,” she preached. “I just want you, all of you to take a good look at what you’ve been doing. I started it and I just can’t rest unless I speak to you. You’re going overboard and it’s like a race to hell. It’s like you’re racing each other to get to hell.”

At one point, the former Queen of Dancehall singled out Shenseea, indicating that for a woman as beautiful as she is, the Trending Gyal artiste doesn’t need to go overboard to make it to the pinnacle of the entertainment industry.

“Babygirl, when I see you, you look helpless. It’s like you’re doing forced labour. You’re too beautiful, come on now sweetheart,” Minister Hall said. “Your mom passed recently and I don’t mean to bring her up, but I don’t think she would be happy. Please turn.”

“There’s another woman, Spice. You need to relax. I know you. You were living with me at one point and the way you fight for things, you will go to hell to get it. I know you and I just wanna reach out to you. I don’t care how you take it because I am not trying to look friends, I am just here to talk to you because of who I was,” she shared “Spice yuh stuck in the hole, you need flavour. People need to tell you the truth. Dat is why you have to be stripping, why you have to be out there with yuh whole body out there like that. True talent don’t need that. Spice yuh played out.”

Jada Kingdom was not spared the wrath of the woman of God. Dubbing the ‘Eastsyde Queen’ as a “weak little girl”, Minister Hall urged ‘Mumma Heavy’ to repent.

“I want some young ladies to understand that there is nothing more precious than giving your life to God, no matter what is out there you will never be at peace until you choose him,” she said. “I started this so I have to end it. You’re going overboard now. There is no award that you could want so bad that you have to do this. The things of the world, when you greedy for it you will lose your salvation.”

“Salvation is free honey, you don’t have to sell your soul,” she continued. “I don’t care if it hurt. I have to tell dem di truth.”