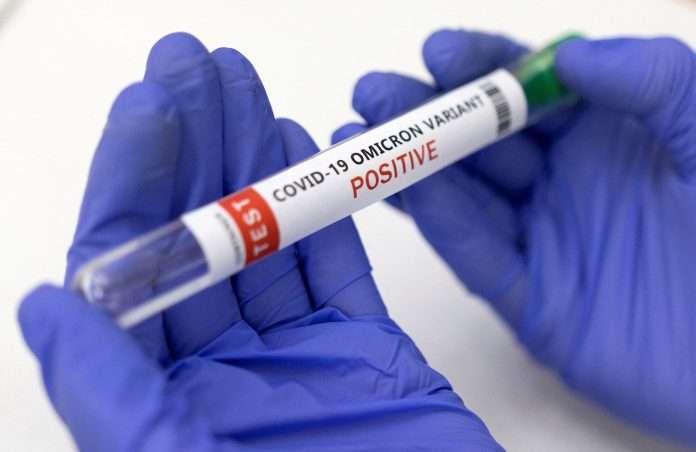 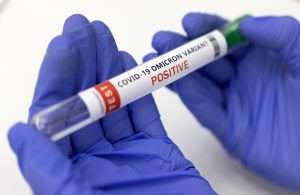 (NEW YORK POST) – Health officials around the world are closely monitoring a new Omicron subvariant that has been found in at least 40 countries, including nearly 100 cases in the US.

The variant, BA.2, is one of at least four descendants of Omicron that has been detected, and it has already become the dominant form of the virus in Denmark.

It is widely being dubbed “stealth Omicron” because of a genetic trait that makes it harder to detect.

Since mid-November, more than three dozen countries have uploaded nearly 15,000 genetic sequences of BA.2 to GISAID, a global platform for sharing coronavirus data. As of Tuesday, 96 of those sequenced cases came from the US.

The World Health Organization notes that BA.2 “is increasing in many countries” amid concerns it could be even more infectious than the initial Omicron strain, BA.1.

“Investigations into the characteristics of BA.2, including immune escape properties and virulence, should be prioritized independently (and comparatively) to BA.1,” the group said.

Still, the Centers for Disease Control and Prevention (CDC) told the Washington Post that “it remains a very low proportion of circulating viruses in the United States and globally.”

And even where it has spread widely, it appears to share the weakened threat of its sibling strain.

“We are not so concerned,” Danish virologist Anders Fomsgaard told the Washington Post.

He said that even as BA.2 accounts for about 65 percent of new cases in the European nation, “the numbers of hospitalizations [in] ICUs are decreasing.”

Tom Peacock, a virologist at Imperial College, London, also tweeted that “*very* early observations … suggest there is no dramatic difference in severity compared to BA.1,” the original Omicron.

“I would be very surprised if BA.2 caused a second wave at this point,” he said, even if it does prove to have “slightly higher transmissibility.”

So far, doctors are unsure if someone sickened by Omicron could then be infected by the new “son of” strain. But many remain hopeful that it will cause far less severe symptoms if so.

Many insist that BA.2 has shown no reason not to carry on learning to live with COVID-19 as a new reality.

“Variants have come, variants have gone,” Robert Garry, a virologist at Tulane University School of Medicine, told the Washington Post.

“I don’t think there’s any reason to think this one is a whole lot worse than the current version of Omicron.”