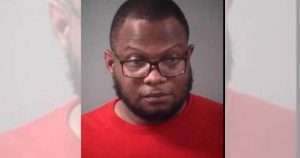 (JAMAICA OBSERVER) – The Jamaican-born man charged in an alleged human-smuggling scheme that resulted in the death of four migrants has been granted bail.

Steve Shand, 47, of Deltona, Florida, is charged with transporting or attempting to transport illegal aliens.

Investigators believe the family of four from India – comprising a man, woman, a teenage boy and an infant – were part of a larger group of Indian migrants crossing into the United States by way of Canada in sub-zero temperature.

Appearing via video link on Monday, Shand waived his rights to a preliminary hearing and was “released on an appearance bond”, a report from Canada’s CTV News said.

An appearance bond means that Shand “must abide by a number of release conditions”, while being “required to make his own way back to Minnesota for any in-person court hearings,” the report said.

Further, US District Court judge, Hildy Bowbeer, ordered Shand to “surrender his passport and other related travel documents, submit to a mental-health assessment and remain in his home district in Florida except for court hearings.”

He is also to have no contact with the witnesses in the case.

Shand was charged last Wednesday after the victims perished in the cold “just metres from the border on the Canadian side, near the Manitoba town of Emerson,” reported CTV News.

The bodies of the Indians were found after US Border Patrol officers stopped a van Shand was driving on the American side Highway 75 in Humboldt, Minnesota, near the Canadian border.

Additionally, agents apprehended five more migrants in the area, one of whom disclosed that they had been walking in the dreaded freezing temperatures for more than 11 hours.

Court documents suggest that more Indians may have made the deadly trek where Shand’s van was pulled over, as US border patrol officials found boot prints in the snow in that area “twice in December and once in January”.

A criminal complaint signed by Homeland Security Special Agent John Stanley indicated that Shand is also suspected in “an investigation into a larger human smuggling operation”.