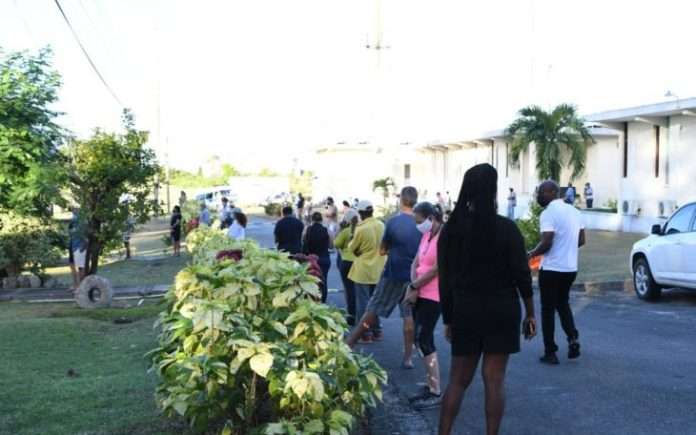 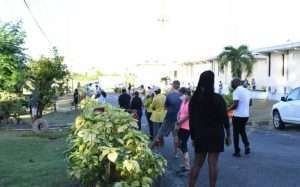 (CMC) — Barbadians are today casting their ballots for a new government, three and a half years after they had overwhelmingly elected the Barbados Labour Party (BLP) to victory in 2018.

A total of 108 candidates, representing seven political parties and nine independents are contesting the poll that political observers say will be a straight fight between the BLP and the Democratic Labour Party (DLP).

It is the first time in Barbados’ history that the two main political parties are being led into an election by a woman, with the DLP’s Verla De Peiza, 50, who was elected leader of the party in August 2018, seeking to change the disastrous outcome when the Freundel Stuart led DLP administration lost all the seats in the 30-member Parliament.

Both major parties held rallies not far from each other in the capital on Tuesday night, urging supporters to vote them into office.

Despite a last-minute unsuccessful attempt by a member of a small political party here to ask the High Court to postpone the election because thousands of Barbadians, who have tested positive for the coronavirus (COVID-19) will not be able to vote, the Electoral and Boundaries Commission (EBC) said it was prepared for the poll.

It said 266,330 people have been registered to vote and are eligible to cast ballots at the polling stations scattered across the 30 constituencies until 6:00 pm.

Barbados is the latest Caribbean country to be staging a general election during the coronavirus (COVID-19) pandemic following countries like St Kitts-Nevis, Trinidad and Tobago, Jamaica, Bahamas, St Lucia, Cayman Islands and the Turks and Caicos Islands.

EBC chairman Leslie Haynes, QC, said that all the COVID-19 protocols would be followed to the letter urging voters to main social distancing, wear masks and wash their hands frequently.

“In addition, the polling booth will be sanitised after each voter and there are large numbers of new pencils at each polling station, but if at all pencils have to be reused they will be sanitised,” he said.

“The poll clerk will not be taking ID card from voters but will instead request the voter to show the front and back of the card. However, the poll clerk and presiding officer will sanitise their hands after any contact with the voter,” he added.