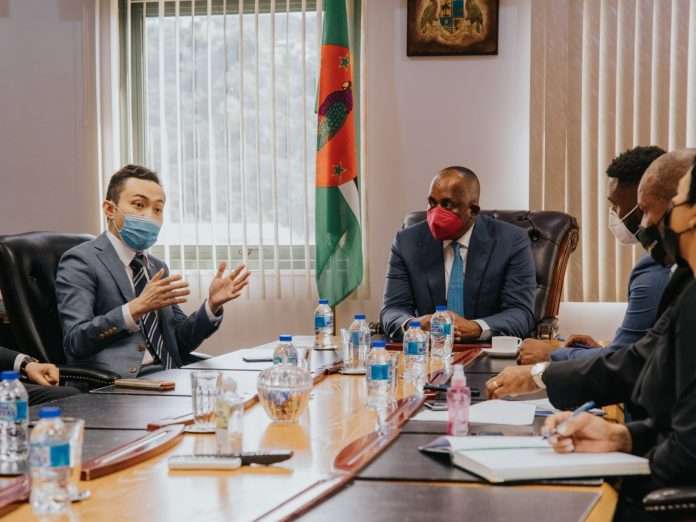 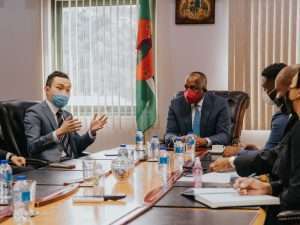 PR – Grenada’s new ambassador says there is “important work to do” for the country at the World Trade Organization.

His Excellency Justin Sun on Monday began his first full week as ambassador following the acceptance of his credentials on Friday by the Director General of the World Trade Organization Ngozi Okonjo-Iweala.

A lot of global attention has been brought to Mr Sun’s new appointment, coming into the job as one of the most well-known figures in the digital sector.

While he represents Grenada, Sun says he is determined to encourage close coordination with our small island developing economies, particularly those in the Caribbean at the World Trade Organisation.

“Grenada intends to work closely with other small vulnerable economies in our campaign to secure special considerations in the various trade agreements,” His Excellency Ambassador Sun said soon after he presented his credentials at the WTO headquarters in Geneva.

His delegation has spoken about his “exceedingly warm welcome” he received from the Director General.

Ambassador Sun spoke to Her Excellency Okonjo-Iweala during his 90-minute visit about how blockchain can innovate payment and the e-commerce industry to help small businesses grow.

Among his mandate is to promote consideration at the WTO for global trade agreements that will make special considerations of the uniqueness and challenges of small economies.

“The work that has to be done here is crucial for the economic wellbeing of such small economies such as Grenada,” a member of his delegation said.

Ambassador Sun is also expected use his large business contacts to seek to bring new investments to Grenada.

Many countries in the region have also sought to engage Ambassador Sun.

Recently he led a delegation to a visit to Dominica, where the team met with Prime Minister Roosevelt Skerrit.

“The acceptance by the WTO of Mr Sun following his nomination by Grenada is a big boost to the Caribbean nation. His Excellency is very high profile, and his presence will bring new attention to the work at the WTO, and help promote Grenada’s cause at the body,” said a regional diplomat also serving in Geneva.

He also began discussion on dispute system reform in WTO, climate change, carbon tax and women’s role in the organization.

“It is with the utmost honor and privilege that I was able to present my credentials to the Director General of the WTO (on Friday),” Ambassador Sun said Friday.

“This signals the start of the important work that we have to do on behalf of the proud people of Grenada; and in representing Grenada’s interest – and that of other similar small island states at the body,” he added.

“It is the considered view of Grenada that a fair international trade system is key to the sustainable development of the nation. The results of our work will indeed redound to the benefit of the people of Grenada,” the Ambassador said.