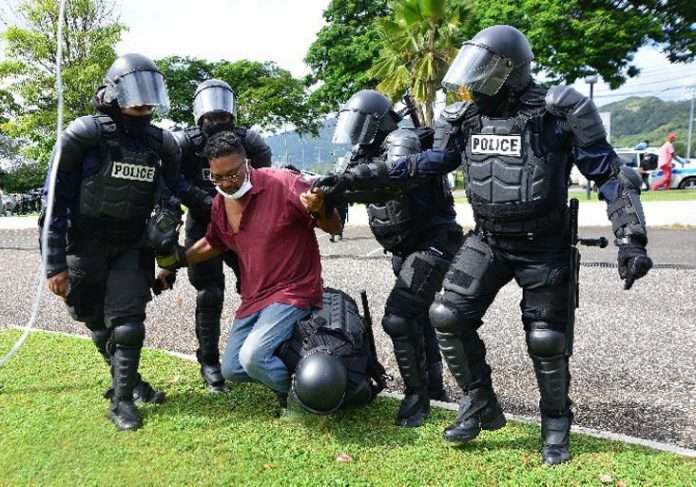 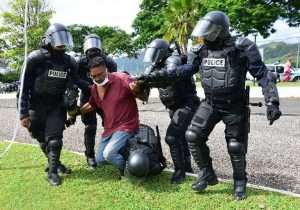 (CMC) — Several people were detained by the police on Sunday as they mounted a protest against the government’s handling of the COVID-19 pandemic.

The demonstration – dubbed the “Push Back” protest, got underway early Sunday with hundreds marching around the Queen’s Park Savannah in solidarity against Prime Minister Dr Keith Rowley’s handling of the pandemic and the vaccination policy for government workers.

Chanting “Rowley must go”, the protesters were led by social activist Umar Abdullah of the First Wave Movement.

According to the police, Abdullah and his supporters were asked to disperse, as they did not have a permit from the acting commissioner of police to protest. However, the crowd persisted and the march went on.

The police stated that shortly after 2:00 pm, after several attempts were made to disperse the large crowd, the riot police were called in and officers began detaining protesters, while other officers fired tear gas canisters at the crowd.

The protest took place just hours after Rowley announced that the government has delayed the implementation of its vaccine policy for public health workers until mid-February.

The policy was originally slated to come into effect on Monday.

Speaking late Saturday, Rowley also announced the establishment of a five-member team to investigate the factors contributing to the clinical outcomes of COVID-19 patients.