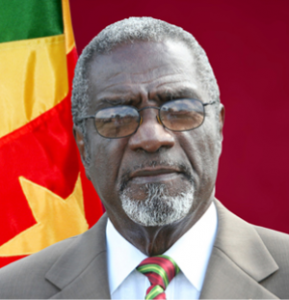 During that period, the public is invited to bid farewell to the former Governor General. All  COVID-19 protocols will be enforced for the safety of persons in attendance, and  Government solicits the cooperation of the general public in this regard.

There will be condolence books at the Church and Parliament Building for persons  wishing to share their messages with the family. An online condolence book has also  been created and can be accessed directly via the following link.  https://www.mykeeper.com/profile/CarlyleGlean/

As a mark of respect for the late former Governor General, flags will be flown at half-mast  from Sunrise on Sunday January 16, until Sundown on the day of the funeral.

The Family will host Evening Prayers followed by Tributes on Monday, January 17 at 6:00 p.m. at the St. Peter’s Catholic Church, Gouyave.

The body of the late Sir Carlyle Glean will be entombed at the Douglaston Cemetery. All events can be viewed live via GIS platforms.