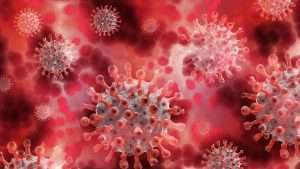 (NEW YORK POST) – The seriousness of a stagnant COVID-19 variant identified in France in November was downplayed by global health officials, who said they were still watching it closely on Tuesday.

The variant, nicknamed IHU after the research hospital it was discovered in, “probably” originated in Cameroon, scientists said last week. It was identified in 12 patients in the Southern Alps around the same time the highly transmissible Omicron variant was surging in South Africa, officials said.

The variant “has been on our radar,” Abdi Mahamud, a WHO incident manager on COVID, said at a press briefing in Geneva on Tuesday, according to Bloomberg. “That virus had a lot of chances to pick up.”

The news came as France saw its average daily caseload more than double in a week, with a record 271,686 COVID-19 cases recorded there Tuesday.

IHU’s patient zero had just returned from Africa when scientists at IHU Méditerranée Infection in Marseilles discovered he was infected with an atypical mutation of the virus. The vaccinated man “developed mild respiratory symptoms the day before diagnosis,” researchers wrote in their non-peer-reviewed article published in medRxiv.

“It is too early to speculate on virological, epidemiological or clinical features of this IHU variant based on these 12 cases,” they said on Dec. 29.

IHU Director Didier Raoult previously said the hospital’s infectious disease experts found seven coronavirus variants over the summer. Some scientists disputed the claims because the microbiologist had endorsed hydroxychloroquine as a COVID-19 cure. After an emergency use authorization in the first months of the pandemic, the FDA ruled there was no evidence that the drug was effective, and said its risks outweighed any potential benefits.