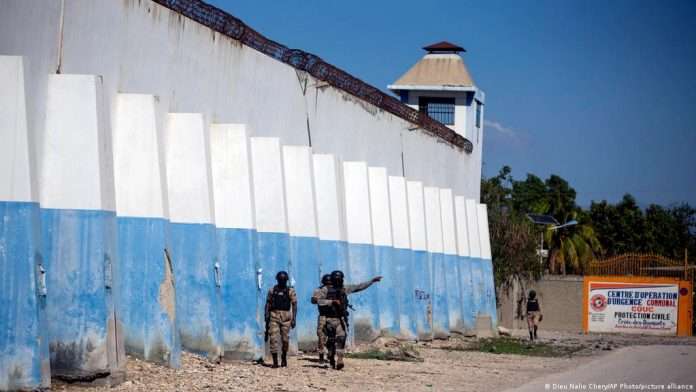 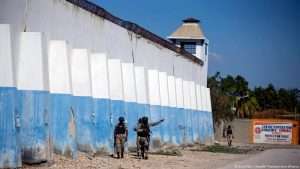 (CMC) — Haitian officials have confirmed that at least 10 people were killed and several others injured, including police officers and inmates at the Croix-des-Bouquets Prison, a commune in the Ouest department of the country.

According to the officials, an investigation has been opened to find out the circumstances that led to an attempted jailbreak on the last day of last year as inmates made their way to the cafeteria.

The inmates set fire to the prison cafeteria and the warehouse.

The authorities said 10 inmates were killed, eight in the prison during the exchange of gunfire with the police and two died of their wounds in hospital.

The police said that four officers were injured, two of them seriously.

Police have since recovered several weapons, including an M4 rifle, three pistols and two rifles.

According to a report drawn up by the Justice of the Peace, Annyl Civil, the situation is under control and that no inmate escaped during the incident.