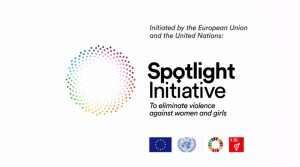 PR – The often risky financial position of women in non-marital relationships may become a thing  of the past if sweeping family law reforms promoted by the Grenada Spotlight Initiative are  passed.

“Laws should reflect reality and family structures as they are now so that women can  be adequately protected. Dated colonial legislation does not protect those in non marital unions”

Legal drafters and stakeholders are in discussions with Spotlight on recommendations to recognise unions other than marriage. They are exploring circumstances where cohabiting  partners would have rights to apply for spousal maintenance in the event of relationship  breakdown. Spotlight, also, is spearheading proposals for legal reform which address rights to  the division of property when cohabiting partners split up.

Further, it is pushing for legal reform on the inheritance rights of ‘common law’ spouses in  Grenada. Currently, common law spouses have no right to an interest in their deceased partner’s  estate.

Any such legislation would remove inequalities between lawful marriage and common law  unions, correcting outdated legislation with no real relevance to the Caribbean region.

The proposed reforms fall under Sustainable Development Goals (SDGs), in particular SDG  goal five of eliminating gender inequality and Article 16 of the Convention on the Elimination  of Discrimination against Women (CEDAW) which was ratified by Grenada in 1990. Article  16 obliges state parties to commit to taking all appropriate measures to eliminate  discrimination against women in all matters relating to marriage and family relations.

Presently, the United Kingdom Matrimonial Clauses Act 1973, (as amended) applies to  Grenada. The 1973 Act is ill-suited to the country, does not recognise how the family is  commonly understood and allows no rights to maintenance after a cohabiting relationship.

This legislation makes no provision for unions other than marriages and thus ignores the prevalence of non-marital unions throughout the region and specifically in Grenada. Under this  law, only married spouses are entitled to apply for a division of property at the end of the marriage and there are no rights for cohabiting partners to share a property if it is only registered  in one name.

The new legislation being proposed, if effected, will extend the 2010 Domestic Violence Act  which currently provides partial relief and offers some recognition of non-marital unions.

Stakeholders and Policymakers are also looking at whether there is to be a limitation that the  property must have been acquired during the course of the relationship to qualify for a  declaration of interest. On the legislative reform agenda, also, are (whether there should be  options of a lump sum, a periodic payment, or a transfer of a specific asset to a surviving common  law spouse based on the circumstances.

Currently, there is no right to entitlement to an interest in the deceased’s estate, regardless of  the length of the cohabiting relationship or the existence of children born to the union, when a  cohabiting partner dies intestate. The National Insurance Act Cap. 205 (section 3) allows the  Director of the Social Security Scheme in Grenada to award a survivor’s benefit as though the  cohabitant were a widow or widower, but this is seen as inadequate. This section only stipulates  that the single person must have been living with the deceased at the date of death. No further  requirements are articulated and the discretion is left with the Director of National Insurance  to grant the benefit or not.

The proposals will follow best practice elsewhere. For example, in Barbados, Jamaica and  Belize there is no distinction drawn in granting spousal maintenance between married and  cohabiting partners, depending on length of cohabitation.

Barbados, Belize, Guyana, Jamaica and Trinidad and Tobago all legally recognise ‘common  law’ marriages if both parties have lived together for a minimum of five years. These legislatively  protected relationships reflect the social norm of cohabitating which is common throughout the  Caribbean.

Trinidad and Tobago have legislated that both a deceased’s de facto and de jure spouses should  be entitled to inherit under the same estate. In Barbados “single” will be defined as at the date  of death or during the qualifying 5-year cohabitation period. In Barbados, a recent CCJ decision  has determined that even if one of the parties was still legally married during the 5-year  cohabitation period with a statutory spouse, if at the date of death that party was a ‘single’ man  or woman, their statutory spouse would be entitled to inherit.