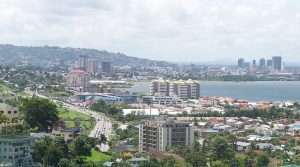 (TRINIDAD EXPRESS) – At the end of this month, Trinidad and Tobago will no longer be under a state of emergency (SoE) and will no longer have a curfew in place.

Prime Minister Dr Keith Rowley confirmed on Saturday that he will not be seeking another extension to the SoE which has been in place since mid-May to control the spread of Covid-19.

The SoE was originally declared by President Paula-Mae Weekes on May 15.

On May 24, a motion was brought to the Parliament to extend the SoE for three months.

It was passed with a simple majority vote in the House of Representatives only.

A second extension was sought and was approved in the House of Representatives with all Government MPs voting in favour of the extension and all Opposition MPs abstaining from voting.

Any further extensions, according to Section 10 (2) of the Constitution, will require the support of a three-fifths majority of the House and also of the Senate.

Questioned on the issue during a news conference at the Piarco International Airport, following his return from the United Nations Climate Change Conference (COP26) in Scotland, the Prime Minister said he does not intend to seek another extension.

“The SoE is coming to an end at the end of this month and, as of now, I don’t have any intention of asking the Parliament to extend it,” he said.

“But I think by now, we have gone into a routine, and I think by now the population should be able to cope and to do what needs to be done. This is no longer a short-term situation. This situation that we are in, we are in it for the long haul.”

But the Prime Minister stressed that until the SoE expires, the curfew is still in place.

“After that, we get back to some semblance of normalcy,” he said.

Rowley said from his recent trip to the United Kingdom, he observed the population there has accepted that Covid-19 is going to be around for some time.

He said not many people in the UK are wearing masks.

“People are largely without masks. On public transport and in planes it is recommended that you wear a mask, so there is a recommendation and outside is pretty much wide open.”

But the Prime Minister noted that the UK is a heavily vaccinated population where vaccine hesitancy is low.

He said similar to T&T, the unvaccinated people in the UK are the ones ending up in hospital.

Rowley also gave an update on the upcoming debate on the nomi­nees for the Police Service Commission (PolSC).

The House of Representatives is scheduled to meet on Wednesday to debate a motion for the approval of the five notifications for the establishment of the PolSC.

Once the House of Representatives approves the motion, the President can proceed with the appointment of the five members thereby constituting the PolSC.

On whether the five nominees will be debated at once or separately, Rowley said this is a matter for the leader of Government business and the leader of the Opposition to decide.

He, however, dismissed criticism from the Opposition that the debate should have been done before his Scotland trip.

He said that was a conversation for “people who have nothing to do”.