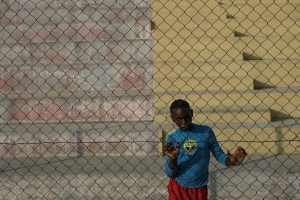 (AP) — UNICEF warned Tuesday that schools in Haiti are increasingly at the mercy of gangs, with children becoming targets of robbery or ransom.

The agency said that at least seven schools in the capital of Port-au-Prince have been forced to pay unidentified gangs in exchange for security in the past two months and that additional institutions have been threatened.

The warning came a few days after authorities said gang members killed a university professor they had recently abducted. Patrice Derenoncourt worked at the Faculty of Social and Political Economics of the University Notre-Dame of Haiti in Port-au-Prince.

In addition, US and Haitian authorities are still trying to secure the release of 17 missionaries from a US religious organisation who were kidnapped October 16 near the capital. The 16 Americans, one Canadian and their Haitian driver were abducted by the 400 Mawozo gang, whose leader has threatened to kill them if his demands are not met. There are five children in the group, including an 8-month-old.

“While we wait on God to bring resolution to this very difficult and trying circumstance, we believe that God has heard and is hearing our prayers,” Ohio-based Christian Aid Ministries said in a statement Tuesday.

Haiti is struggling with a resurgence in gang-related kidnappings, which had diminished following the July 7 assassination of President Jovenel Moïse and a magnitude-7.2 earthquake that struck southwestern Haiti in mid-August, killing more than 2,200 people.