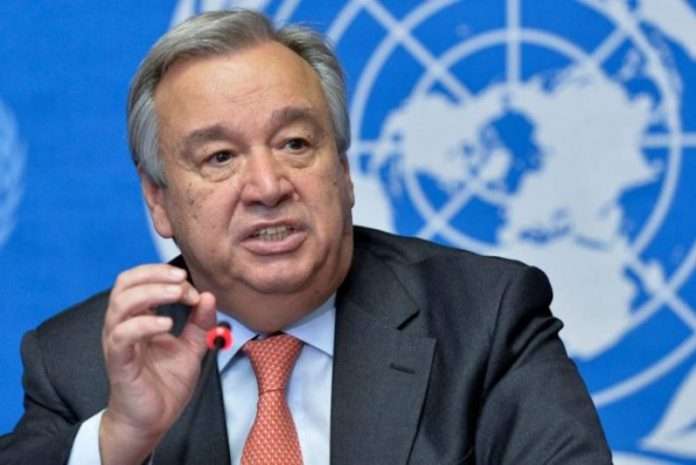 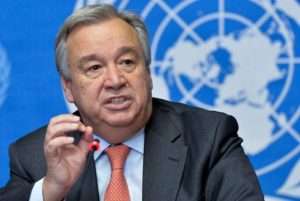 (CMC) – In a message celebrating World Cities Day on Sunday, October 31, United Nations Secretary-General, António Guterres, has urged the Caribbean and other countries to mitigate climate risks and build resilience.

Guterres said that although sea level rise could put more than 800 million people in coastal cities at direct risk by 2050, less than 10 per cent of climate finance for urban areas goes to adaptation and resilience.

“Cities are hubs of innovation and human ingenuity – and potential centres for transformative action to implement the Sustainable Development Goals (SDGs) and build a zero-carbon, climate-resilient and socially just world,” said Guterres, focusing on the theme, “Adapting Cities for Climate Resilience,” for this year’s World Cities Day.

However, he noted that over one billion people now live in informal settlements, with 70 per cent highly vulnerable to climate change.

The UN chief lamented that, currently, just nine per cent of climate finance to cities is allocated for adaptation and resilience, with cities in developing countries, including the Caribbean, receiving far less than their wealthier counterparts.

He said this must change, reiterating his longstanding appeal for half of all climate finance to be dedicated to adaptation.

“We need a people-centred and inclusive approach to planning, building and managing cities,” Guterres said. “Resilient infrastructure, early warning systems and financial instruments to mitigate risks are crucial tools, as cities seek to adapt and protect the lives and livelihoods of their residents.”

He said cities have been epicentres of the COVID-19 pandemic and are on the frontlines of the climate crisis, but added that “they can lead the way in recovering better from the pandemic, reducing emissions and securing a resilient future for billions.”

Guterres’s message came ahead of the opening, on Sunday, of the UN climate conference (COP26) in Glasgow, Scotland.

On Friday, he warned that there is a “serious risk” that the major conference “will not deliver”, stating that current Nationally Determined Contributions (NDCs), formal government commitments to progressively ambitious climate actions, still condemn the world to a “calamitous” 2.7 degrees Celsius increase in global warming.

“Even if recent pledges were clear and credible, and there are serious questions about some of them, we are still careening towards climate catastrophe”, he told reporters in Rome at the G20 Summit of the world’s industrialised powers.

Under the best-case scenario, he said temperatures will rise well above two degrees, calling it “a disaster”.

“If we want real success, we need more ambition and more action”, said Guterres, adding that this will only be possible with a “massive mobilisation” of political will that requires trust, which, amidst “serious questions of credibility”, is in “short supply”.

He said there were “dangerous levels of mistrust” among the G20 bloc, and between developed and developing countries, including emerging economies.

“The most important objective of this G20 Summit must be to re-establish trust – by tackling the main sources of mistrust – rooted in injustices, inequalities and geo-political divides,” he underscored.

Guterres said trust is also being undermined by a lack of climate action, calling for greater ambition on mitigation to get the world on a credible pathway to 1.5 degree Celsius – “a target that science maintains is the only sustainable future for the planet.”

He said this requires concrete action now to reduce global emissions by 45 per cent by 2030, noting that as they represent around 80 per cent of emissions, G20 countries must shoulder the responsibility for keeping the 1.5-degree goal alive.

However, Guterres said emerging economies must also “go the extra mile” to achieve effective global emissions reductions in this decade.

“We need maximum ambition, from all countries, on all fronts”, he said. “Ambition on adaptation means donors allocating at least half of their climate finance towards adaptation and resilience”.

He said ambition on climate finance includes making good on the commitment to provide US$100 billion each year to developing countries.

Amidst delays and without clear guarantees, the UN chief said that the message to developing countries is essentially: “The check is in the mail”.

“On all our climate goals, we have miles to go. And we must pick up the pace. Scientists are clear on the facts. Leaders must be as clear in their actions,” he said.

Maintaining that Glasgow can be “a turning point towards a safer, greener world”, the Secretary-General said, “it is not too late, but we must act now”.