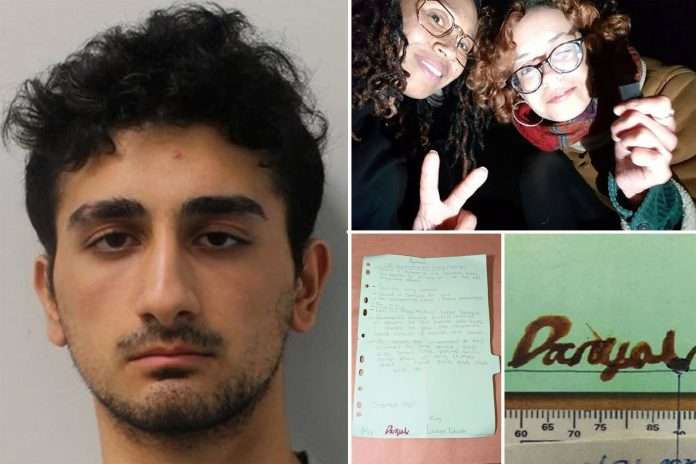 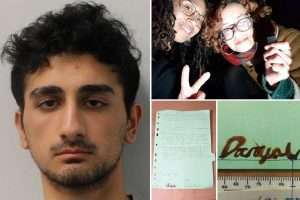 (NEW YORK POST) – A British teenager was sentenced to life behind bars on Thursday for murdering two sisters in a London park as part of a supposed blood contract with a demon.

Danyal Hussein, 19, was slapped with a minimum term of 35 years in jail at his sentencing after a judge said his age precluded him from an entire life sentence, the Guardian reported.

Hussein had used his own blood to sign a written pact with the demon “Lucifuge Rofocale” to perform “six sacrifices” of women every six months in exchange for winning the lotto.

He held up his end of the demonic bargain on June 2020 by attacking Bibaa Henry, 46 and her half-sister Nicole Smallman, 27, as they left a birthday party.

The maniac repeatedly stabbed his victims in Fryent Country Park, cutting his hand and spraying his own blood onto the victims and their belongings.

He stabbed Henry eight times and Smallman 28 times before dragging their bodies behind bushes.

“This was a calculated and deliberate course of conduct, planned and carried out with precision,” Justice Philippa Whipple said, the Guardian reported.

“Bizarre though the pact with the devil may appear to others, this was your belief system, your own commitment to the murder of innocent women.”

The teenager refused to give evidence at trial and denied responsibility for the chilling demonic contract and killings, according to the Guardian.

He was found guilty in July.

Hussein was defiant as he attended virtually his Thursday sentencing, apparently seen smirking and playing catch with his face mask as he waited for the judge to arrive, MyLondon reported. When Justice Philippa Whipple spoke to him, he turned his chair from the camera as if to turn his back from the judge, the BBC reported.

Mina Smallman, the mother of the victims, said justice had been done after the sentencing.

“He’s an obnoxious human being,” Small said, according to the BBC. “He is a broken human being who – if he had not been caught – four other families may have been suffering what we have.”