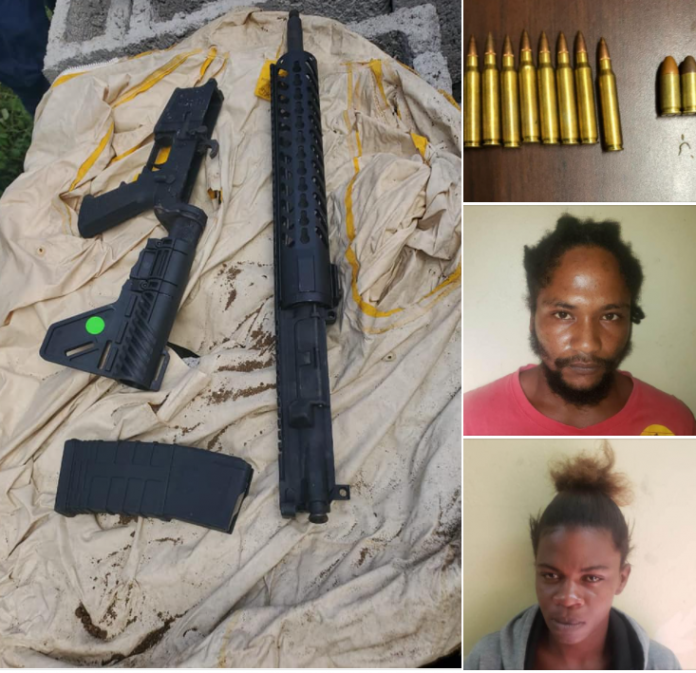 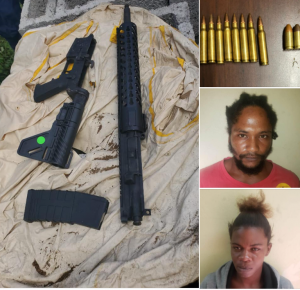 (PR) – Allana Modeste, a 32 year old resident of Marquis, St. Andrew and Kareen Ballantyne, a 24 year old Vincentian national presently residing at Marquis, St. Andrew, were arrested and charged after officers discovered a quantity of drugs, an AR 15 rifle and fourteen (14) rounds of ammunition in their possession.

Charges of Possession of Firearm, Possession of Ammunition and Trafficking in a Controlled Drug and Money Laundering were preferred against both accused on October 24th, 2021.

They appeared at the Grenville Magistrate’s Court on Wednesday 27th October, 2021. Modeste was granted bail in the amount of twenty thousand dollars ($20,000.00) with two (2) sureties, while Ballantyne was remanded to custody at Her Majesty’s Prisons. They are scheduled to reappear in court on November 5th, 2021.