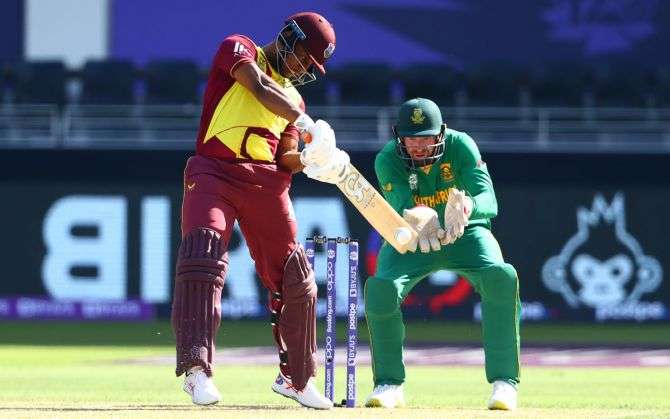 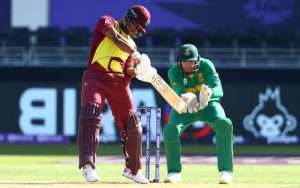 (BBC) – Defending champions West Indies are heading towards an early exit from the T20 World Cup after a second successive comprehensive defeat.

Three days after they were bowled out for 55 by England, West Indies saw South Africa cruise to an eight-wicket victory in Dubai.

The Proteas chased 144 with 10 balls to spare to claim their first win of the tournament.

However, the match is likely to be remembered for South Africa wicketkeeper Quinton de Kock’s withdrawal after refusing to take a knee.

Defeat leaves West Indies needing to win their final three Group 1 games and hoping results elsewhere to go their way if they are to finish in the top two and qualify for the semi-finals.