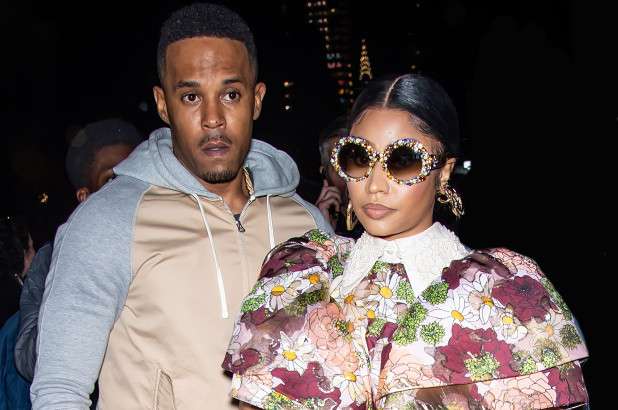 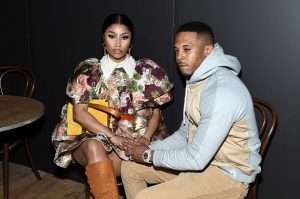 Nicki Minaj and her husband Kenneth Petty‘s legal problems are far from over, but this win is a big sigh of relief. Jennifer Hough, the woman who accused Petty of sexually assaulting her, is suing the Pettys for harassment and intimidation and claims they and their fans have caused her emotional distress in a bid to have her recant her 1994 rape allegation.

Petty was previously charged and served time for the 1994 rape incident (his charge was dropped to attempted rape in exchange for a guilty plea and a lesser sentence where he spent just over four years in jail and had to register as a sex offender).

However, following his marriage to the superstar, Hough said her life became a living hell. According to her in her lawsuit, both Petty and Minaj have made her life uncomfortable.

She accused Petty of “intimidating” her and also claimed that Minaj also “harassed” and “threatened” her “to recant her legitimate claim that Defendant Petty raped her.” She also claimed that the couple offered her money, as much as $500,000, to recant the statement and sign a pre-written letter.

In the meantime, Hough is moving ahead with her lawsuit, seeking around $20 million from the Pettys. Last Monday, her attorney-at-law Tyrone Blackburn filed a default motion for not acknowledging and defending the lawsuit.

Although the lawsuit was filed in August, it appears that the days for service have not runoff. In any case, a copy of the motion filed lists an address in Jamaica, Queens, for which service was executed. However, it’s not clear if that is Nicki’s or Petty’s old address as the couple now resides in Los Angeles, California.

Hough’s motion requested that Douglas Palmer of U.S. District Court – Eastern District of New York, “please enter the default of defendants Onika Tanya Maraj, and Kenneth Petty, AKA Zoo, pursuant to Rule 55(a) of the Federal Rules of Civil Procedure for failure to plead or otherwise defend this action as fully appears from the court file herein and from the attached affirmation of Tyrone A. Blackburn, Esq.”

The lawsuit was served on the Pettys’ September 13, 2021. The couple has 21 clear days from that date to respond or face default judgment.

According to Rolling Stone, Nicki Minaj filed legal documents last week telling the court that it was an “innocent mistake” and a lapse in communication between herself and her newly hired attorney.

The rapper said in her written sworn statement to the Eastern District of New York, “My failure to respond to the complaint was the product of an innocent mistake, and I ask the court to excuse the delay so that I can defend what I believe to be an entirely frivolous case.”

Meanwhile, Nicki Minaj has not addressed the allegations against her and her husband but alluded that Hough’s attorney is clout chasing.