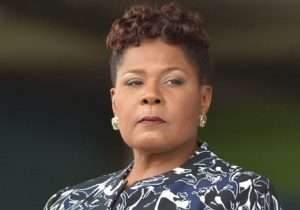 According to the Order paper circulated for the meeting, the College, consisting of all the members of the House of Representatives and all the Senators, the opposition legislators of the United National Congress (UNC) want a Tribunal established “to investigate the removal of her Excellency Paula Mae Weekes from the Office of the President”.

According to the motion being proposed by the opposition legislators, Section 35 of the Trinidad and Tobago Constitution provides that the President may be removed under section 36 where she “wilfully violates any provision of the Constitution and/or behaves in such a way as to bring her office into hatred, ridicule or contempt and/or behaves in such a way that endangers the security of the State”.

Opposition Leader, Kamla Persad Bissessar, who in the past has been calling for the resignation of the Head of State, said that the motion became necessary following the imbroglio regarding the appointment of a new police commissioner.

“This is an unprecedented move as no such procedure was ever triggered in the history of our country since Independence. It is my view that this motion is warranted having regard for the circumstances in the public domain. “

But Prime Minister Dr Keith Rowley, speaking at a news conference last weekend, brushed aside efforts by Persad Bissessar to remove President Weekes from office, announcing also that over a year ago he had written to the PSC indicating that he had lost confidence in then Police Commissioner Gary Griffith.

He said the Opposition Leader wants to bring “the President’s name into the Parliament in a substantive motion so that she and her imps, pimps and chimps can scandalise the President in the worst way,” telling reporters that the ruling People’s National Movement “we will have none of it”.

In a statement issued over the weekend, President Weekes said “I certainly did not willfully violate any provisions of the Constitution, nor have I behaved in a way that could lead one reasonably to conclude that I have brought the OTP into hatred, ridicule, or contempt, or endangered the security of the State.”