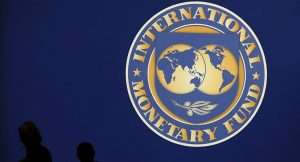 (AFP)— The ongoing hit from the COVID-19 pandemic and the failure to distribute vaccines worldwide is worsening the economic divide and darkening prospects for developing nations, the IMF said Tuesday.

Global economic growth this year and next is expected to continue as the recovery solidifies broadly, but the overall figures mask large downgrades and ongoing struggles for some countries.

The setbacks, which she blamed on the “great vaccine divide,” will impact the restoration of living standards, and a prolonged pandemic downturn “could reduce global GDP by a cumulative $5.3 trillion over the next five years,” she warned.

That threatens to drive prices higher, especially in the United States, where growth this year will be slower than previously anticipated, even taking into consideration massive spending bills, according to the International Monetary Fund’s latest World Economic Outlook.

Output worldwide is expected to grow 5.9 per cent this year, only slightly lower that projected in July, before slowing to 4.9 per cent in 2022, the report said.

But the wave of infections from the Delta variant of COVID-19 and the drastically lower vaccination rate in developing nations, along with supply bottlenecks, have slowed or pushed back the recovery in many economies.

“The dangerous divergence in economic prospects across countries remains a major concern,” Gopinath said in a blog post on the new forecasts.

Advanced economies are expected to regain “pre-pandemic trend path in 2022 and exceed it by 0.9 per cent in 2024,” she said.

However, in emerging market and developing economies, excluding China, output “is expected to remain 5.5 per cent below the pre-pandemic forecast in 2024.”

Amid the danger of long-term scarring, “The foremost policy priority is therefore to vaccinate at least 40 per cent of the population in every country by end-2021 and 70 per cent by mid-2022,” she said.

The world’s largest economy has benefitted from massive fiscal stimulus, but the Delta wave has undermined progress, and the IMF slashed the United States’ growth forecast for this year to six per cent, a full percentage point off the July figure.

US growth is expected to slow to 5.2 per cent next year, slightly faster than previously expected, but policymakers will face a delicate balancing act amid risks of rising inflation and lagging employment, the fund noted.

Production was slow to recover once the recovery began, creating bottlenecks, notably in semiconductors, and pushing prices higher, while wages also threaten to rise as employers compete for scarce workers.

Central banks must be prepared to act quickly in the face of worsening inflation risks.

“Monetary policy will need to walk a fine line between tackling inflation and financial risks and supporting the economic recovery,” the IMF said.

The IMF endorsed the Federal Reserve’s stated intention to start to pull back on stimulus by the end of the year, and prepare to lift interest rates in 2022.

But higher US interest rates will have spillover effects for other countries, which will see borrowing costs rise.

Gopinath cautioned that policymakers should avoid “unnecessary policy accidents that roil financial markets and set back the global recovery.”

Those include failing to raise the US debt limit “in a timely fashion” or “escalating cross-border trade and technology tensions.”

The report notes that trade frictions that predate the pandemic have yet to be resolved and “risk impeding the recovery.”