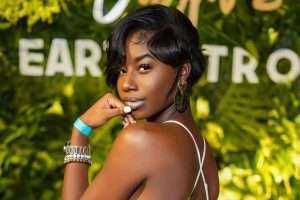 According to a release from the police, 21-year-old Myrie who is of a West Meade, Belgrade Heights Kingston 19 address has been missing since Saturday, October 9.

She is of dark complexion, slim build and is about 172 centimetres (5 feet 8 inches) tall.

Reports are that Myrie was last seen at home. Her mode of dress at the time she went missing is unknown. She has not been heard from since.

Anyone knowing the whereabouts of Abihail Myrie is being asked to contact the Constant Spring Police at (876) 924-1421, 119 police emergency number or the nearest police station.

The social media account belonging to Myrie has, however, been abuzz with activity throughout Tuesday. In a post and delete earlier in the day, the account shared photos of a woman’s neck with what appears to be bruises. The accompanying caption alleges abuse at the hands of a family member.

In another post made to the page, a screenshot of a conversation seemingly between Myrie and a sibling, further alleges abuse at the hands of the family member.