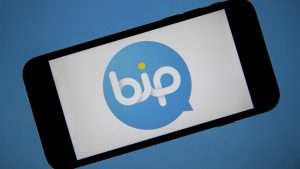 (JAMAICA OBSERVER) – Social media platform Facebook and its WhatsApp and Instagram apps were restored Monday evening, but while they were down, telco Digicel reported a 180 per cent increase in downloads of its BiP app.

Digicel said within one hour of the outage of the social media platforms, its lifestyle app was being downloaded in droves and was also trending on Twitter, the only social media platform that was still functioning. One user even tweeted from the handle @zofrom876, “Look like mi affi go switch to BiP cuz WhatsApp ain’t it right now.” User @Mama_Ninetales cheekily remarked, “I be telling y’all bout BiP. No data or WiFi for all you prepaid peeps.”

According to NetBlocks, which tracks Internet outages and their impact, the outage had already cost the global economy about US $160 million per hour. Facebook stock had gone down by about 5.5 per cent. Chief executive officer of Facebook Mark Zuckerberg also lost nearly US$7 billion since the outage began.

Facebook and its affiliates have 2.9 billion monthly active users. The shutdown is reminiscent of 2019, when Facebook shut down in its biggest outage to date (a 24-hour shutdown).