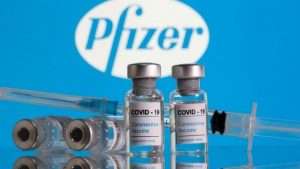 (CMC) – The Ministry of Health of Guyana has asked the public not to speculate regarding the death of a 13-year old boy, who died on Monday, two hours after he received the second dose of the Pfizer vaccine.

The ministry said that the cause of death is not immediately known and that the boy from Kamwatta, Moruca, North West District, was observed for 20 minutes after taking the jab and there were no adverse events.

But the Ministry of Health said that two hours later after returning home, he felt faint and was taken to the Kumaka Hospital where he was pronounced dead on arrival.

The ministry said that a senior team from the Ministry of Health, including Senior Pathologist, Dr Nehaul Singh is scheduled to travel to Moruca to determine the cause of death.

It said a post mortem will be conducted by the team, and the circumstances leading to the child’s death will be determined.

“We urge citizens not indulge in speculation and await the results of the post-mortem and other investigations,” the Ministry of Health said, as it extended sympathy to the family of the young boy.

Guyana started administering the Pfizer vaccine to children nearly a month ago.