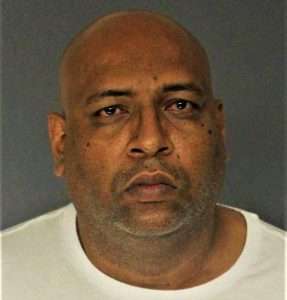 (TRINIDAD EXPRESS) – A self-proclaimed religious leader from this country is alleged to have sexually assaulted a young man during a religious ritual in Essex County, New Jersey.

Wayne Ram will next face the court on October 1. He is charged with two offences of sexual assault and three for criminal sexual contact.

Ram, 44 who is from Trinidad and Tobago and presently lives in Newark, was arrested on August 27. It is alleged that he was meeting with the young man at a family member’s home in Orange on August 7 and suggested that the relative leave. The victim was then allegedly sexually assaulted. He made a report to the police.

While the case is pending, Ram is out on pre-trial monitoring and has been required to surrender his passport.