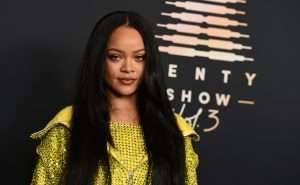 (URBAN ISLANDZ) – Rihanna says her upcoming music will not be what fans expect since she’s experimenting much like she does with fashion.

It’s been five years since Rihanna‘s fans have been clamoring for a new album. She’s teased and promised them that it would be soon, over that time as well. The sultry songstress is more known for fashion these days, but that doesn’t mean that she’s not still dedicated to her music. She’s revealed that whenever she does drop new music, it might be completely different from what fans have come to know and expect.

Rihanna made the comments recently as she was gearing up to tape the Savage X Fenty Show Vol. 3 events. The production is expected to air this Friday, September 24, on Amazon Prime Video. During the little time that she took to open up about her music, she explained that she was taking her time to experiment with different sounds to incorporate into her new style of music.

According to the multi-Grammy winner, “You’re not going to expect what you hear. Just put that in your mind.” Her last foray into music was the hugely successful ANTI, which has been certified double-platinum. The album debuted in 2016 and spawned a number of hits like “Work,” and “Love on the Brain.”

She’s already revealed to fans that she is actively working on music and last year mentioned that she’d been hosting numerous writing camps. This clearly shows that she’s working at reinventing herself in the music business. She also said that fans might as well forget what they think they know about her music as “whatever you know of Rihanna is not going to be what you hear.”

It will be very interesting to see what she eventually comes up with since she already seemed to have had a winning formula. After all, she does have nine Grammys in several different categories, including R&B, dance, and rap. Still, she seems pumped about this metamorphosis period of her career.

“I’m really experimenting. Music is like fashion. You should be able to play. I should be able to wear whatever I want. I treat music the same way. So I’m having fun and it’s going to be completely different,” she added.

Of course, she still remains tight-lipped about when she will actually drop the album, and there’s been no official word of a release date. Among the rumors circulating about her next album, which might be called R9, is that it is expected to have heavy influences from dancehall and reggae. She explained to AP news last year that she wanted to make music that was fun.

“How do I want to interpret that, reimagine that? Because it’s been so structured before. You do pop, you do this genre, you do that, you do radio, you do who’s following you and your fans. But now, it’s just like – what makes me happy? I just want to have fun with music,” she said at the time.

For now, she’s looking forward to the third straight year of the Savage X Fenty Show. The show is used to show off her fashion line’s newest styles. To help her do this, she usually recruits an all-star lineup of models, actors, and performers.

This year it will be recorded in downtown Los Angeles and will include some top-line acts such as Nas, Ricky Martin, Jasmine Sullivan, Daddy Yankee, and Normani, to name a few. There will also be some guest appearances by other celebrities like Adriana Lima, Gigi Hadid, and Erykah Badu.

Rihanna also revealed how personal this year’s collection was to her as she acknowledges that we all age at some point.

“All the bras that make my boobies sit up, because, you know, I’m 33 now. They’re not where they used to be. I’m just looking forward to actually seeing my pieces on the talent, seeing it on so many different body shapes and silhouettes, because that’s what brings the pieces to life,” she said.

Whether it’s fashion or music, her loyal Navy always stands ready to rally behind her endeavors.