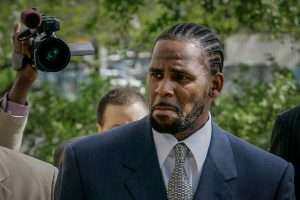 (NEW YORK POST) – Disgraced R&B superstar R. Kelly will not testify in his own defense, he said in court Wednesday, as his racketeering and sex-crimes trial in federal court in Brooklyn nears an end.

After dismissing the jury for a break Wednesday morning, Judge Ann Donnelly asked Kelly if he did not wish to take the witness stand, and the singer responded affirmatively.

Earlier Wednesday, the jury heard from what may be the last defense witness of the trial, music consultant Julius Darrington, who worked with Kelly for several years prior to his arrest.

Darrington testified he did not see Kelly abuse women while he worked with him in his Chicago studio and while they traveled across the country for shows — but said during cross-examination that he had no knowledge of what the “I Believe I Can Fly” crooner did while he was not with him.

Prosecutors are expected to begin their closing statements Wednesday afternoon.

They have painted a ghastly picture of the ’90s megastar, who they allege led an illegal enterprise to sexually abuse girls for more than two decades.

Among his victims were former R&B singer Aaliyah, whom Kelly allegedly sexually assaulted when she was as young as 13 years old. The singer also gave herpes to at least two of his victims, prosecutors charged.

Kelly was hit with a nine-count indictment that includes a racketeering charge and violations of the Mann Act, which makes it a crime to transport a woman or girl for purposes of “prostitution or debauchery.”