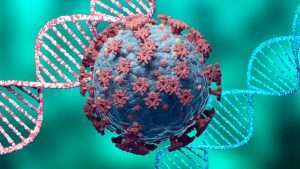 (TRINIDAD EXPRESS) – The dreaded Delta variant of the Covid-19 virus has been detected in two people who did not travel in or out of Trinidad and Tobago recently.

Three more cases of the Delta variant were confirmed in T&T, bringing the total number of cases so far to ten, the Ministry of Health said yesterday.

Additionally, three more people have died from the virus.

In a statement, the ministry said the three new cases of the Delta variant were detected in a non-national who travelled to Trinidad from Venezuela; an unvaccinated minor; and an unvaccinated adult.

The ministry said all three patients have been placed in isolation “until the enhanced discharge criteria for persons with Covid-19 variants of concern is achieved. Contact tracing, testing and quarantining of contacts have been initiated.”

The Health Ministry noted that the Delta variant has been detected in 174 countries according to the World Health Organisation (WHO).

Research has suggested it is two to four times more transmissible from person to person when compared to the original Wuhan lineage of the virus, it added.

“Additionally, evidence indicates that individuals who have contracted this variant may be prone to an increased risk of severe illness and hospitalisation. This variant may also lead to an increase in cases of Covid-19 in younger age groups and in those who have been previously affected,” the release stated.

In its Covid-19 update earlier yesterday, the ministry said the three most recent deaths have brought the country’s toll to 1,416.

In total, 123 new cases of the virus (including the Delta variant) were detected yesterday.

Those latest numbers reflect samples taken between September 15 and 18, and not the past 24 hours, the ministry noted.

This means than since March of last year when the virus first reached local shores 48,523 cases have been detected.

Of that figure, 43,059 patients have recovered.

Currently there are 280 patients in hospital, 60 in step-down facilities and 3,585 in home isolation.

There are also an additional 150 people in State-quarantine facilities.

As at 4 p.m. yesterday, 558,486 people have received their first dose of a two-dose vaccination regime and 463,504 people have been fully vaccinated.

A person is considered fully vaccinated two weeks after receiving the second recommended dose of a World Health Organisation-approved vaccine or vaccine combination.