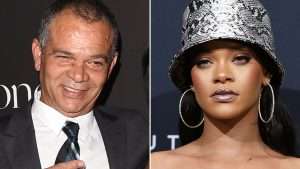 The Anti artist is settling the matter with her father, who she took to court for using the Fenty name popularly associated with her businesses. Her lawsuit had accused her father of attempting to make money purported to be part of Rihanna’s ventures by using the name Fenty which is a registered name associated with Rihanna’s billion-dollar enterprises.

It now appears that Rihanna doesn’t want to go forward with the case. On the other hand, her father had defended himself by saying that he did not falsely use his daughter’s name to promote his businesses.

The two are going to have an out of court settlement over the matter as Rihanna does not want a public dispute with her father.

Among the allegations in Rihanna’s lawsuit are that the singer’s father booked shows in her name Robyn Rihanna Fenty pretending to be her agent, including a $15million (£10.9million) overseas tour, without her knowledge or permission.

Rihanna claimed that her father’s actions damaged her reputation among promoters, which affected her tours and other relationships when it came to booking venues etc.

Rihanna also accused her father of false advertising, invasion of privacy, and falsely using her name to promote his business, Fenty Entertainment. He also tried to trademark the name “Fenty” to be used to open hotels. For that particular claim, she had requested the court grant an injunction against Ronald as she was already using the trademarked name Fenty for her Fenty Beauty businesses.

Rihanna, in the past, has spoken about the volatile relationship she had with her father, who she accused of being a crack-cocaine addict and being abusive to her mother. The abuse led to the young artist’s home life lacking the stability others her age received. In spite of that, Rihanna has worked her up in the industry and is now the first female entertainer to register billionaire status largely due to her hard work on her business ventures and their resulting success.