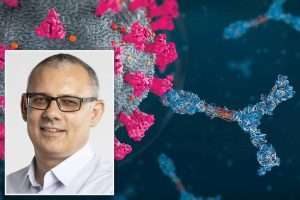 (NEW YORK POST) – Some people have “superhuman immunity” to fight off COVID-19 if they’ve previously had the virus and received two vaccine doses, new studies shows.

Researchers say people who have had “hybrid” exposure to COVID-19 — including infection and then full vaccination — have mounted a powerful immune response to the virus and are likely able to fight off most of the variants.

A Rockefeller University study published last month found that antibodies in people who had hybrid exposure were very high and could neutralize six variants, including Delta.

“Those people have amazing responses to the vaccine,” Rockefeller University virologist Theodora Hatziioannou, who helped lead the study, told NPR.

“After natural infections, the antibodies seem to evolve and become not only more potent but also broader. They become more resistant to mutations within the [virus].”

Hatziioannou said it wasn’t clear if every person who had COVID-19 and was also vaccinated would have such a strong immune response.

“With every single one of the patients we studied, we saw the same thing,” Hatziioannou said.

The virologist said it had yet to be determined if people who receive a booster COVID-19 shot could develop the same immune response as those with hybrid exposure.

“I’m pretty certain that a third shot will help a person’s antibodies evolve even further, and perhaps they will acquire some breadth [or flexibility], but whether they will ever manage to get the breadth that you see following natural infection, that’s unclear,” she said.

University of Pennsylvania immunologist John Wherry told NPR that their own research, published online last month, has shown that people who have been fully vaccinated are also developing flexible antibodies.

“In our research, we already see some of this antibody evolution happening in people who are just vaccinated although it probably happens faster in people who have been infected,” he said.