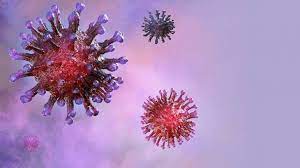 (CMC) — The head of Laboratory at the Sir Lester Bird Medical Centre, Dr Lester Simon, says the Delta variant is the major strain of the coronavirus (COVID-19) pandemic in Antigua and Barbuda and is fuelling an increase in positive cases in the country.

Speaking on the state-owned ABS TV on Sunday night, Dr Simon, who is also chairman of National Technical Working Group on Vaccines, said that “Delta has taken over Antigua and Barbuda.

He told viewers that, based on the samples sent to the Trinidad-based Caribbean Public Health Agency (CARPHA), there have been a significant number of Delta cases found in the country.

“And it could in fact be more because there were six unknown…because the material was not of high enough quality and there were two that were likely to be Delta, but they weren’t 100 per cent certain…so I left those out.

“But of the 59 that were conclusive, 34 of them or 58 per cent of them were Delta and 20, or 34 per cent were Alpha, and three and five per cent respectively, Beta and Gamma. So what it says to us is that in simple language, not only are the four variants of concern here, but Delta has taken over Antigua and Barbuda.

“Fifty-eight per cent of what we tested so far, we sent down some 20-odd last week (to CARPHA) and we should be getting some more information to support and I think it will support this information that Delta has taken over the strains, the variants in Antigua and Barbuda.”

In his television interview, Dr Simon showed graphs indicating the genomic sequencing of the samples taken, showing the presence of a number of “Delta plus” variants AY.3, AY.4, and AY.12, also known sub lineages of the delta variant.

He said many different variations of the Delta variant were detected in Antigua roughly around the same time and that the Delta variant, which according to the US-based Centers for Disease Control & Prevention (CDC), is highly contagious and more than two times as contagious as previous genetic variants of SARS-CoV-2, was present here.

He said he had discussed the situation with an official of the Pan American Health Organisation (PAHO), “a very very bright guy and he said you have a number of linkages of Delta, so I said yes, so what and he said, it means that and he is waiting for me to answer and I am not getting it.

Dr Simon said, as a result, the variant is being spread by all types of people and not locals alone.

“As I said the last time, I was almost crucified for saying so, tourists bring in COVID as well. I have known Delta brought in here by black people, by white people, all sorts of people. It doesn’t matter. It is not a racial thing, it is a question of once you come into a country you bring your diseases with you.

“The point is at some point we need to understand that we are heavily dependent on tourism and all this talk about who brought in this and who brought in that is a whole bunch of nonsense …pure poppycock.

“The bubble didn’t work, it never worked. But we understand why it did not work, because we depend on the tourist, the tourist can go somewhere else, but just be honest enough and say that and move on rather than try to hide,” Dr Simon told his interviewer.

Antigua and Barbuda has recorded 44 deaths and 1, 651 positive cases linked to the virus since the first case was detected here in March last year. The government has been appealing to nationals and residents alike to get vaccinated in order to curb the spread of the virus that has killed and infected millions of people around the world.