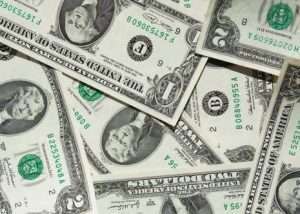 (CMC) — The United States Customs and Border Protection (CBP) agency says it has seized more than US$80,000 from four Jamaican-born men who were heading to the island.

CBP said that the seizure occurred at the Baltimore Washington International Thurgood Marshall Airport (BWI) and that the men had failed to comply with US federal currency reporting laws.

“CBP wants to make clear that there is no limit to the amount of money that travellers may carry when crossing US borders, and that the US does not tax the currency that travellers carry,” CBP said in a statement.

“The only two expectations that CBP — and US federal law — has of travellers is that they truthfully report all currency that they possess to a CBP officer, and that they complete a US Treasury Department form for all currency and other monetary instruments that exceed US$10,000,” it added.

It said that in the latest case on August 6, officers seized a combined US$59,587 from three men, who had individually reported to officers that they had US$7,500, US$8,000, and US$8,500 respectively in their possession.

“CBP officers interviewed the first man and learned that he was travelling with the other two, who officers asked to deplane the aircraft. Interestingly, CBP officers found one man’s unreported currency concealed in the seatback of his assigned seat.”

CBP said it is not releasing the names of the men because they were not criminally charged.

It said all four men are either naturalised US citizens or lawful permanent residents, who were born in Jamaica.

“The disregard that some travellers have for our nation’s currency reporting laws is troubling and very unwise, especially when you consider that travellers can keep all their currency simply by just being honest and declaring the full amount to a Customs and Border Protection officer,” said Keith Fleming, Acting Director of Field Operations for CBP’s Baltimore Field Office.

CBP said officers have observed that “unreported currency can be proceeds from illicit activities, such as financial fraud and narcotics smuggling, and work hard to disrupt the export of these illicit revenues”.

“The consequences for violating US currency reporting laws are severe; penalties may include seizure of most or all of the traveller’s currency, and potential criminal charges,” CBP said. “An individual may petition for the return of seized currency, but the petitioner must prove that the source and intended use of the currency was legitimate.”

CBP said it seized about US$386,000 every day in unreported or illicit currency along America’s borders last year.