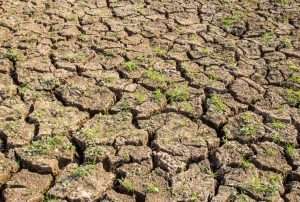 (CMC) — The Barbados-based Caribbean Climate Outlook Forum (CariCOF) says though the majority of the Caribbean experienced above normal rainfall in June, drought conditions are emerging in some parts of the region, particularly in the Bahamas, and parts of the eastern Caribbean.

In its August bulletin, the CariCOF said that the drought situation is also affecting the Guianas and Belize.

It said in the Bahamas, concerns over short– and long-term drought, in particular, exist by the end of October and November, respectively.

“Whereas for short term drought, there are no other parts of the region where impacts on small rivers and streams are likely by the end of October.

“However, parts of the eastern Caribbean and the Guianas along with Belize should closely monitor their ground water, reservoirs and rivers as November approaches,” CariCOF added.

CariCOF noted for example that in Antigua and Barbuda, June has been the wettest month so far on the island, but drought conditions continue.

June has become the only month of the year, thus far, to clock over two inches of rain. This makes it the wettest month of the year, to date; notwithstanding, serious meteorological drought continues for Antigua. The rainfall for the last six months rank among the worst on record.

“Long term drought might possibly develop or continue in Belize, Dominica, Martinique, and St Vincent. Areas ending up in long term drought by the end of November may experience water levels in large reservoirs, large rivers and groundwater that are lower than usual, which would become a concern for the 2021-22 dry season,” it added.