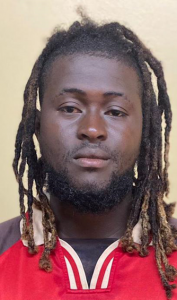 PR – Akim Williams, a 25 year old Fisherman of Telescope, St. Andrew, was arrested and charged by Immigration Officials in Tobago, after he allegedly entered the state at a place not appointed for entry. Officers also found a quantity of Cannabis in William’s possession. A fishing vessel he reportedly used to travel to the island was seized by authorities.

Williams appeared before a Scarborough Magistrate on Tuesday 3rd August, 2021, and was remanded to a detention center until August 30th, 2021.

Akim Williams who is presently on bail in Grenada for Money Laundering and Trafficking a Controlled Drug, was recently ordered to surrender all his travel documents, report to the Grenville Police Station once weekly and seek the court’s permission to leave the state of Grenada.