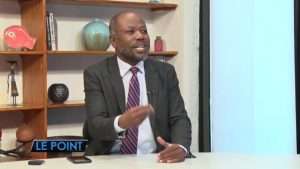 (CMC) — Mystery surrounds the death of Claudey Gassant, the former Commissioner of the Government of Port-au-Prince, whose body was found at his residence in Santo Domingo in the Dominican Republic on Saturday.

Gassant, who is best known for his role as the investigative judge tasked with finding out who murdered journalist Jean Léopold Dominique and a security guard on April 3, 2000, was due in the United States to attend a conference on Haiti’s widening insecurity over the last weekend.

He had been living in the neighbouring Dominican Republic with his family and the death is now being treated as “suspicious” with some media outlets reporting that he may have committed suicide.

The National Investigation Department officials have visited the house to determine the exact cause of the death.

Gassant was Secretary of State for Justice under the Préval Government, Consul of Haiti in Santiago and former Director General of the Anti-Corruption Unit (2019-2020).

“I am devastated by the news of the death of my friend Claudy Gassant in the Dominican Republic. Honest, courageous and competent, he has always proven himself in all the positions he has occupied. An independent investigation is called for,” said Frantz Exantus, the Secretary of State for Communication.

Former prime minister, Laurent Lamothe, said he was saddened at the death of his friend, adding “Gassant… is no longer with us. Peace to his soul. Goodbye Claudy”.

Haiti’s ambassador to the Dominican Republic, Smith Augustin, confirmed the death, adding that the country has “lost in a dramatic way, one of our most savvy experts on penal procedures”.

“I will miss the friendship and the intelligent conversations I regularly had with him on how we could be useful to Haiti besides involvement in politics.”