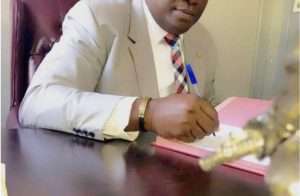 (CMC) – The lawyer representing the Divisional Commissioner, Jean Laguel Civil, who was also the Security Coordinator for the assassinated President Jovenel Moïse, says the arrest of his client is politically motivated.

Civil has in the past shunned the invitation of the Government Commissioner of Port-au-Prince, Bed-Ford Claude, who is investigating the July 7 assassination of Moise at his private residence overlooking the capital.

Moise, 54, was buried last Friday after he was killed by armed gunmen who pumped at least 12 bullets into his body and also injured his wife, Martine, who had to be flown to Miami for medical treatment. She has since returned to Port au Prince.

Attorney, Reynold Georges, said his client’s arrest was politically motivated. Civil had also been banned from leaving the country after he failed to respond to a request to be interviewed on July 13.

He has been placed in solitary confinement, and the spokesperson for the National Police of Haiti, Marie Michelle Verrier, said that Civil is also suspected of being involved in the plot to assassinate President Moïse.

Police have so far detained 30 people including three Haitian Americans and 26 Colombians, many of whom are former members of the Colombian army.

The authorities have also issued a warrant for Wendelle Coq Thelot, a judge for the highest court in the country, who had been fired by Moise.