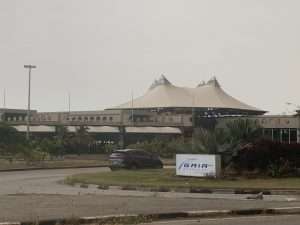 (CMC) – Barbados Tuesday announced that it would be cutting by 50 per cent, airport taxes for regional travellers, a request that had originally been made by Antigua and Barbuda’s Prime Minister Gaston Browne as a means of encouraging intra-regional travel.

“Cabinet has agreed that there is to be a 50 per cent reduction in airport service charge to regional travellers. That brings us pretty much in line with what you have been hearing coming out of other markets, and in particular, Antigua . . . that is meant to reduce the taxes on inter-regional travel,” said Tourism and International Transport Lisa Cummins.

Cummins, responding to questions from the media, during the state of the tourism industry update, said the Cabinet had also agreed “to that significant reduction.

“That is meant to reduce the taxes on intra-regional travel,” she said, adding that Cabinet later this month will also be discussing a “full price based competitor’s analysis for Barbados”.

She said that the analysis would look at a “comprehensive review of the industry”.

“I have to confess that I always say to people I came from the… public sector…my specialisation is in international trade, I came from the international community and the private sector, so I tend to try to bring all of those things combined into one and so what we have started to do is to look at the tourism sector as comprehensively as we can structurally as well as our price competiveness…”

Cummins said that the first draft of the paper had been sent back for some further additions.

“So we are looking at what is the price sensitivity of the Barbados tourism product relative to our competitors. So that includes a range of analysis. How many flights are coming into the region by country and to Barbados per day, where are they coming from, what is the cost of those flights, what taxes are applied in each country, what are the public health measures which are new…and ultimately how does that create competitive or uncompetitive position for Barbados and on that basis what recommendations need to be made to the changes of our structure as a destination.

“So that will be coming up shortly and that analysis is underway,” Cummins added.

Earlier this month, as he addressed the opening ceremony of Caribbean Community (CARICOM) summit, Prime Minister Browne said increased movement of people within the Caribbean would be a major boost to regional economies in seeking to rebound.

“To assist in this regard, we need to immediately establish common or harmonized regional health protocols for travel (‘travel bubble’) that are clear to the public and communicated widely. The discriminatory practice of banning travel from member states with elevated levels of COVID, while accommodating guests from countries of greater risks should be discouraged.

“It is not an exaggeration to say that air transport is the oxygen that keeps tourism alive and functioning in our region. We need to care for it and provide the inputs and the enabling economic environment that will allow air transportation to grow our tourism sector back to good health,” said Browne, who is now the CARICOM chairman.

Last month, Antigua and Barbuda announced a 50 per cent reduction in taxes on airline tickets for travel within several CARICOM countries with St John’s indicating also that the measure will last for six months in the first instance.

“We think at this time where regional travel is relatively low, extremely flat that there is very little to lose and even though it may not be the best condition which to analyse the elasticity of ticket prices, it will give us some indicative indication as to how a reduction in pricing would impact on demand without creating a financial crisis,” Prime Minister Browne said.