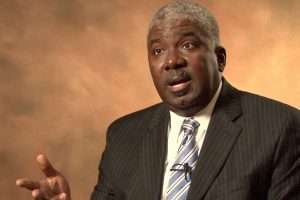 (NEW YORK POST) – The Florida doctor tied to the assassination of Haitian President Jovenel Moïse was also an evangelical pastor who believed he was on “a mission to save Haiti from hell,” according to associates.

Haitian police have accused Christian Emmanuel Sanon, 62, of plotting with the heavily armed hit squad as part of his longstanding dream to take charge of the impoverished nation.

It is one he has harbored for at least a decade, when Sanon posted a 2011 YouTube video titled “Leadership for Haiti” in which he vowed that “there is a hope coming in” with his plans to run for election.

However, friends of the Florida-based doctor insisted to the Associated Press that he must have been duped and would never have taken part had he known Moïse was to be killed in last week’s attack that also critically injured the first lady.

“I guarantee you that,” one close associate in Florida told the wire service.

“This was supposed to be a mission to save Haiti from hell, with support from the US government.”

Sanon is a licensed physician in Haiti, but not in the US, the friend said, saying he is instead a devoted evangelical Christian pastor.

Sanon “is completely gullible,” the associate added. “He thinks God is going to save everything.”

“I know the character of the man,” said the Rev. Larry Caldwell, a Florida pastor who worked with Sanon setting up churches and medical clinics in Haiti from 2000 to 2010.

“You take a man like that and you’re then going to say he participated in a brutal crime of murder, knowing that being associated with that would send him to the pits of hell?

“If there was one man who would be willing to stand in the breach to help his country, it would be Christian.”

Economist Parnell Duverger told the Washington Post he has known Sanon since 2016 and found him “sincere about transforming Haiti into a better economy and a better society.”

When he learned of Sanon’s arrest, he wrote and circulated a letter defending him as “a good doctor who also doubles up as a pastor and leader of a vast network of about 300 Christian churches throughout the United States.”

He also told the paper he doesn’t believe the government’s allegations. “Politics has become a brutal sport in that country, and you’d be surprised how fast you can be a victim of character assassination,” Duverger said.

Haiti’s National Police chief, Léon Charles, said Moïse’s killers were protecting Sanon, whom he accused of working with those who plotted the assassination.

Charles said officers found a hat with the logo of the US Drug Enforcement Administration, 20 boxes of bullets, gun parts, four license plates from the Dominican Republic, two cars and correspondence, among other things, in Sanon’s house in Haiti.

Sanon was also linked to the security firm believed to have recruited the killers, who told police they thought they were being hired to protect Sanon before the orders were switched to arrest Moïse.

Charles said that after Moïse was killed, one suspect called Sanon, who got in touch with two people believed to be masterminds of the plot. He did not identify the masterminds or say if police know who they are.

Sanon’s associate, however, insisted to the AP that the pastor had called him from Haiti a few days before the assassination and said the Colombians had disappeared.

“I’m all by myself. Who are these people? I don’t know what they are doing,” the associate quoted Sanon as saying, insisting he had been duped.