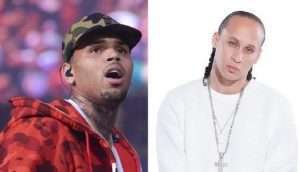 The copyright infringement lawsuit filed on July 2 argues that Chris Brown uses the same hook from the dancehall hit in his 2017 song ‘Privacy’ from his Heartbreak on a Full Moon album.

Greensleeves claims that Chris Brown “took the core musical feature” of Tight Up Skirt and “used it prominently” in his song “without permission”.

The company argues that in Tight Up Skirt, Phrase A “is the hook and dominates the chorus sections, occurring a total of 18 times throughout the song. This includes both the initial lyrics which occur a total of six times and the lyric variations”.

The publisher adds that Chris Brown’s Privacy, “does not” contain a hook phrase and therefore Phrase A “takes on greater significance, due to its prominent position as the first phrase in each chorus section”.

The company names Chris Brown and Sony Music Entertainment as defendants in the case. Red Rat is not named as a plaintiff. It says it owns and administers exclusive music publishing rights in the United States to the copyright to Tight Up Skirt.

Greensleeves argues that Chris Brown and Sony Music Entertainment’s “exploitation of Tight Up Skirt has occurred without authorisation or permission and constitutes an infringement of the copyright in the musical composition”.

The company is asking for “a preliminary and permanent injunction enjoining defendants and all persons acting in concert with defendants from manufacturing, reproducing, distributing, adapting, displaying, advertising, promoting offering for sale and selling or performing any materials that are substantially similar to the copyrighted work”.

Greensleeves is also requesting actual damages and profits “in an amount in excess of $1.5m to be determined at trial, plus interest”.