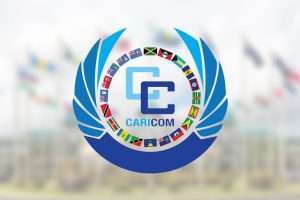 (CMC) —Caribbean Community (Caricom) leaders Tuesday night ended two days of “intense discussions” that they said they hope will benefit the people of the 15-member grouping as they seek to build a better Caribbean Community.

“As you would appreciate, the impact of the coronavirus (COVID-19) pandemic and how the region is responding to it, occupied our attention,” host Prime Minister Gaston Browne and the new Caricom chairman, told reporters at the end of the summit news conference.

He said the regional leaders, who met virtually, received a report from the Trinidad-based Caribbean Public Health Agency (CARPHA) which guided the discussion.

“Our priorities are equitable access to vaccines and how we treat with the emerging COVID variants. We are determined to achieve 80 per cent herd immunity in the region by year end and, in this regard, we’ve agreed to redouble our efforts to acquire adequate supplies of vaccines.”

Browne said that vaccine hesitancy was another cause of concern for the leaders who have mandated the Guyana-based Caricom Secretariat to continue to collaborate with CARPHA, the Pan American Health Organization (PAHO), regional nursing, medical and allied health professional bodies and institutions, to identify strategies and policy guidelines to address this matter.

“No one is safe until everyone is safe, and we are urging everyone to get vaccinated and for employees to co-operate with their employers to ensure a safe working environment either through vaccination or regular testing.”

Browne said that the regional leaders had also discussed the climate change and the natural disasters affecting the region and received an update on the situation in St Vincent and the Grenadines in the aftermath of the eruption of La Soufrière volcano and the recent flooding in Guyana and Suriname.

“We also received a report from the countries that were affected by the recent passage of Hurricane Elsa, in particular Barbados, Jamaica, St Lucia and St Vincent and the Grenadines. We expressed our solidarity with them and underscored the necessity for strengthening our resilience to confront the region’s complex, multi-hazard environment.”

He said that the summit had also recognised the critical role that regional institutions have played and continue to play in the response to regional emergency events and in that regard commended the “sterling work” of the Seismic Research Centre of The University of the West Indies.

He said the meeting also expressed appreciation to the development partners for the financial and technical support to the Regional Response Mechanism led by the Barbados-based Caribbean Disaster Emergency Management Agency (CDEMA) in support of member states.

Browne told reporters that the Caricom Single Market and Economy (CSME), which allows for the free movement of goods, skills and labour across the region, has been identified as “the platform that we consider to be critical to rebuild and transform our member states post-COVID-19.

“We agreed also that work to achieve full implementation of the CSME requires urgent action by Community Organs, cabinets of member states, the Caricom Secretariat, the private sector and other stakeholders,” he said, adding that a special meeting of the Council for Trade and Economic Development (COTED) will be held urgently to consider proposals for immediate action on CSME implementation.

He said that the leaders also held a meeting with the private sector and civil society “as we continue our practice of including all stakeholders in the work of the Community”.

He said that the leaders have also recognised the need to re-open economies while balancing the health and economic livelihood of nationals and agreed that new protocols for health, safety, visitor management and sanitization measures were of utmost importance in encouraging the resuscitation of the tourism sector.

“In this regard, heads of government mandated the Caricom Secretariat, in collaboration with CARPHA and other relevant regional security agencies to convene a high-level meeting with cruise lines to agree on the minimum health and safety requirement for the resumption of cruise sailing in the Caribbean.”

On the issue of food security, the regional leaders received a report on the work of the Special Ministerial Task Force on Food Production and Food Security and endorsed an implementation plan which focuses on transforming our agri-food systems.

“We welcomed the actions that have been taken so far to advance the Caricom agri-food systems agenda, including, an implementation plan, and priority commodities for heightened investment by the regional private sector.”

Browne said that the meeting also welcomed the Task Force’s engagement with the Caricom Private Sector Organisation and agreed that priority attention must be given to proposals to incentivise private sector partnerships to address reliable transport and logistics requirements to implement the Agri-Food Systems Agenda.

The Caricom leaders during their two-day meeting stressed that the blacklisting and de-risking phenomena remain as serious threats to the economic security of Caricom member states and Browne said that the regional leaders “condemned the continued economic assault on Caricom States by the European Union through the relentless inclusion of several member states on blacklists with respect to non-cooperative tax jurisdictions and High Risk Third Countries with Strategic Anti-Money Laundering/Countering Financing of Terrorism (AML/CFT) Deficiencies.

“We considered issues concerning the recently announced minimum global corporate tax rate and agreed to issue a statement,” he said.

The leaders have also agreed to issue a statement on the ongoing political and economic crisis in Haiti after receiving a report on the situation in that French-speaking Caricom member country from the Expert Group which had been established by Caricom leaders in February 2021.

The meeting also expressed gratitude to outgoing Caricom Secretary General, Irwin LaRocque, “for steering the Community at an especially difficult period, and we wish him well as he begins another chapter of his life.

“We also welcomed the incoming Secretary-General, Dr Carla Barnett, who assumes office on August 15, 2021, and look forward to working with her in continuing the quest for the sustainable development of the Community,” Browne added.