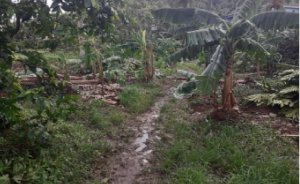 Chastanet, in a radio and television broadcast on Sunday night, said that the agricultural sector was severely impacted by the first named hurricane for the 2021 Atlantic Hurricane season with a preliminary estimate of damage to crops, including bananas and plantains, at more than EC$34 million.

Chastanet told the nation that Hurricane Elsa had also damaged several houses including the state-owned project in the heart of the capital, Castries.

But he said that the assessment is still ongoing and that a more accurate picture will emerge later on Monday.

He said he has already received information from the Cayman islands-based Caribbean Catastrophe Risk Insurance Facility (CCRIF), and that the island will not receive a significant pay out.

CCRIF is a segregated portfolio company, owned, operated and registered in the Caribbean. It limits the financial impact of catastrophic hurricanes, earthquakes and excess rainfall events to Caribbean and Central American governments by quickly providing short-term liquidity when a parametric insurance policy is triggered.

“More than likely just the deductible that we have which is about US$130,000,” Chastanet said, adding “so it means that the Ministry of Finance is already looking for ways to reallocate existing funds to be able to assist in getting the Ministry of Agriculture back on track and certainly, working with the Ministry of Infrastructure in dealing with some immediate need”.

Meanwhile, a government statement, has noted that at a meeting of Cabinet over the weekend, the National Emergency Management Organization (NEMO), presented an initial damage assessment (IDA) of the situation.

“Our thoughts and prayers continue to be with all those affected by the hurricane. Thankfully, we were spared the full brunt of the system and our meeting is to obtain a full picture from all the government agencies of the damage around the island.

“I have gotten a first-hand view of some of the most affected areas and all the ministers and parliamentary representatives have also been out in the community assessing the situation,” the statement quoted Chastanet as saying.