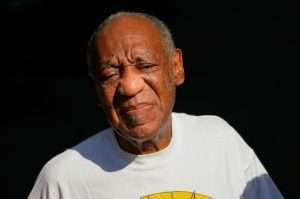 The historically black university in Washington, DC said the comment from Rashad, its incoming College of Fine Arts dean, “lacked sensitivity” — outraging Cosby, who has been posting non-stop on Instagram and Facebook since his sex-assault conviction was overturned Wednesday.

“Howard University you must support ones Freedom of Speech (Ms. Rashad), which is taught or suppose to be taught everyday at that renowned law school, which resides on your campus,” Cosby said in a nearly incomprehensible statement reported by Deadline.

The fallen funnyman’s statement blasted the news media, who he said “are the Insurrectionists, who stormed the Capitol.”

“Those same Media Insurrectionists are trying to demolish the Constitution of these United State of America on this Independence Day,” the statement released by Cosby rep Andrew Wyatt continued. “No technicality — it’s a violation of ones rights & we the people stand in support of Ms. Phylicia Rashad.”

Cosby spent about two and a half years behind bars following his conviction on aggravated indecent assault charges for drugging and raping former pal Andrea Constand in 2004.

The “Kids Say The Darndest Things” star himself admitted he liked to drug women before having sex — but his 2018 conviction was vacated because the admission came under an immunity agreement with then-Montgomery County District Attorney Bruce Castor Jr.

“FINALLY!!!! A terrible wrong is being righted- a miscarriage of justice is corrected!” Rashad wrote in the since-deleted post.

Rashad quickly walked back her comments, tweeting that she “fully support[s] survivors of sexual assault coming forward. My post was in no way intended to be insensitive to their truth.”

She also issued a formal apology to students and parents at Howard University, promising to “engage in active listening and participate in training” to become a “stronger ally to sexual assault survivors.”

Howard University rebuked Rashad’s celebratory comments in a statement, saying it would “continue to advocate for survivors fully and support their right to be heard.”

Cosby has tweeted or posted on Instagram no less than six times since his release, mostly to falsely proclaim his innocence or share supportive comments for him and Rashad.

On Saturday, the disgraced star shared the June 30 court decision allowing his release.

On Sunday, he shared a video of Judge Joe Brown slamming the women Cosby drugged and raped as “groupies” who should be “accountable for their own behavior.”

“The bimbos come to the party, they hang out, they get drunk, they snort lines of blow, and they have a good time,” Brown says in the clip.

“DUE PROCESS IS NOT A TECHNICALITY,” Cosby’s accompanying caption said. “THE MEDIA CAN’T SILENCE THE TRUTH. #BillCosbyDidntAdmit💩#JudgeJoeBrown#BillCosby.”