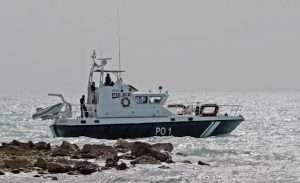 (CMC) — The Royal Turk and Caicos Islands Police Force says it is seeking to identify the 20 bodies that were found on a boat floating off the coast of the island last weekend.

Police Commissioner, Trevor Botting, said that plans are also underway to contact the families of those found on board the boat, describing the gruesome discovery as “a human tragedy and a very distressing scene”.

“Whatever the circumstances, this is a tragic situation where many people have lost their lives,” Botting said in a statement, adding “The thoughts and prayers of the Force go out to those families who have lost a loved one. We will do all we can to identify them and contact their families.”

The police said that the 20 “unexplained” human remains were found in the Turks and Caicos Islands waters last Thursday by a group of fishermen, who initially spotted the vessel and alerted the marine police.

The boat was later towed to shore, where authorities discovered the bodies.

Police said they are currently working to identify the victims, as well as their cause of the death and the circumstances leading to the incident.

Authorities do not believe foul play was a factor and are considering other causes, the press release stated.

“It is believed that the boat originates from outside of the Caribbean region and that neither the Turks and Caicos Islands nor the region was their intended destination,” Botting said.

“My investigators are working to establish their identities and how they met their death. This work will take some time to complete.”

In May, Trinidad and Tobago authorities confirmed that the vessel that was found near Tobago with 14 bodies, a skull and skeletal remains, had originated in Mauritania.

The Tobago Emergency Management Authority (TEMA) said the information was provided by the Trinidad and Tobago Police Service (TTPS):

“The TTPS has confirmed that the vessel carrying dead bodies has been identified as from Mauritania, which is a country on the northwest of Africa.”