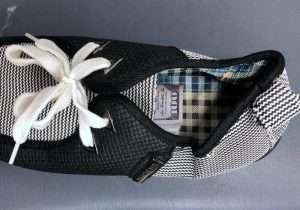 (CMC) — The United States Customs and Border Protection (CBP) agency says it has seized US$7,000 in counterfeit US$100 bills from a traveller arriving on a flight from Montego Bay, Jamaica.

CBP said it is not releasing the man’s name because the 64-year-old US citizen was not criminally charged.

But it said officers at Baltimore Washington International Thurgood Marshall Airport (BWI) discovered the counterfeit currency concealed in a sneaker in the man’s baggage during a routine secondary examination, and that the currency closely resembled actual US$100 bills.

CBP said it contacted the US Secret Service, “who confirmed that the currency was counterfeit,” and the officers seized the fake notes before releasing the man.

“Law enforcement knows that counterfeit and fictitious bank notes have been used in financial crimes, especially ones that target our nation’s unwitting seniors, some of whom have lost their entire life savings,” said Keith Fleming, CBP’s acting director of field operations in Baltimore, Maryland.

“Customs and Border Protection is committed to working with our law enforcement partners to combat illicit efforts that target our citizens, businesses and the security of the United States economic system,” he added.

CBP said “the United States places legal restrictions on the reproduction of banknote images and those who attempt to pass these fictitious notes as legal tender face consequences under US law”.

According to the US Secret Service, “counterfeiting currency is a lucrative business and is often used to finance illegal activities, including financial fraud, narcotics smuggling, terrorism, and attacks against our nation’s financial systems”.