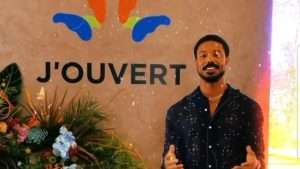 (DAILY MAIL) – Michael B. Jordan announced Tuesday night on Instagram that he would be finding a new name for his recently launched rum line, originally named J’Ouvert.

The 34-year-old actor swiftly came under fire from social media users over the weekend after he was accused of cultural appropriation for using the term, despite not being Trinbagonian or Caribbean.

Nicki Minaj, 38, joined the fray earlier on Tuesday when she urged him to change the ‘offensive’ name, even though she wished him well.

‘I just wanna say on behalf of myself & my partners, our intention was never to offend or hurt a culture (we love & respect) & hoped to celebrate & shine a positive light on,’ he wrote. ‘Last few days has been a lot of listening. A lot of learning & engaging in countless community conversations…’

The Black Panther star made it clear that the rum would no longer be named J’Ouvert.

‘We hear you. I hear you & want to be clear that we are in the process of renaming. We sincerely apologize & look forward to introducing a brand we can all be proud of,’ he concluded.

Earlier in the day, Nick Minaj became one of the highest-profile people criticizing the alcohol label when she shared a a post from another account describing the history of the J’Ouvert tradition and its roots in Trinidadian and Caribbean culture.

She singled out the actor specifically in her caption.

‘I’m sure MBJ didn’t intentionally do anything he thought Caribbean ppl would find offensive — but now that you are aware, change the name & continue to flourish & prosper,’ she wrote, adding an emoji for the flag of Trinidad and Tobago.

Minaj (given name: Onika Maraj-Petty) was born in Saint James in Trinidad and Tobago, and she later moved to New York City when she was five.

She and others criticized the brand name, which they saw as cultural appropriation, shortly after the Without Remorse star launched the brand over the weekend and filed for a trademark.

Social media users were up in arms over the name J’Ouvert, which originates from the French word ‘jour ouvert’, meaning day break or morning, and signals the start of Carnival, which began in the 1800s and is still practiced globally by people in and from the Caribbean.

Brooklyn and Boston have some of the largest Carnival celebrations in the Northeastern United States.

Many critics on social media took offense to Jordan’s trademark filing and took aim at one particular line that says, ‘The wording ‘J’OUVERT’ has no meaning in a foreign language.’

Twitter user @lesliemac said, ‘Michael B Jordan has launched a rum brand called J’ouvert & has filed a trademark for the word J’ouvert. In his filing he says the word ‘has no meaning in any language.’ I am livid. Black Capitalism is still Capitalism.’

The petition calls for the filing to be dismissed, and for Jordan ‘to do the right thing by calling this a loss.’

In the online petition on change.org, organizer Jay Blessed said, ‘We are not a powerless people! We are a people rich in culture, history and love.’

‘It’s time we love ourselves enough to stop the sale of our culture to foreign entities that do not respect or value our global contributions, and who do not support and uphold our countries in respectful, long-lasting, tangible and verifiable ways!’

Minister of Trade and Industry Paula Gopee-Scoon told Trinidad and Tobago Newsday the issue was ‘of extreme concern’ owing to the intellectual property question.

Gopsee-Scoon told the news outlet that they’ll gather information first and then work with the intellectual property office of the Ministry of the Attorney General.

‘We’ll do the necessary investigation and, as always, seek to support anything that is Trinidad but at the same time protect what is ours,’ Gopsee-Scoon told Trinidad and Tobago Newsday.