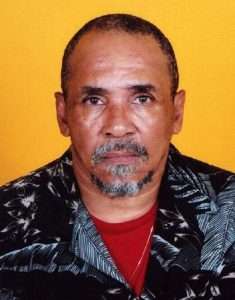 The prolific lyricist from Morne Diablo who crafted over 500 Calypsoes had been ailing for some time and passed away early this morning. He was 77 years old.

Along with the evergreen calypso classic, “Progress” which he penned for King Austin, Devine wrote songs that have become anthems for calypsonians such as Sparrow, Baron, Crazy, Poser; Lord Blakie, Sugar Aloes, Lord Shorty, and Machel Montano.

Devine also wrote the memorable Steelband Music Festival Test Piece titled, “Fire and Steel.” He was in 1988 presented with the Trinidad and Tobago Humming Bird Medal Silver (for Music and the Arts)

In his early years of composing, most of his songs were performed by Sparrow (Slinger Francisco) who he worked with for 17 years.

Aside from “Progress”, Devine also penned a number of other noteworthy pieces such as ‘Rope’, ‘Saltfish’ and ‘Phillip My Dear’ (Sparrow), ‘The Jammer’, ‘Somebody’ and ‘Doh Rock It So’ (Baron), ‘Too Toung to Soca’ (Machel Montano), ‘Sailing’ and ‘Curry Tabanca’ (Mighty Trini), and ‘In Time To Come’ (Crazy).

He was also an accomplished pannist with a penchant for the tenor after he began playing at the age of nine. In addition, he added the title of arranger to his resume, having worked with Blue Diamonds, Ambassadors and Joylanders. However, following a stroke in 1998, he concentrated on just composing.

In an interview with When Steel Talks, Devine said despite the recognition paid to “Progress”, his all-time favourite composition is ‘Somebody’, closely followed by ‘Doh Rock It So’ and ‘In Time To Come’.