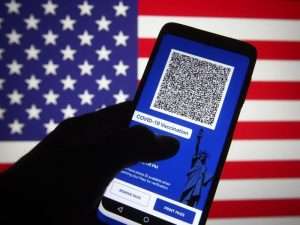 “We’re taking a very close look at that,” Homeland Security Secretary Alejandro Mayorkas said of the idea of special documentation for vaccinated Americans who want to travel overseas, as inoculation drives allow Europe and other regions of the world to start opening up from pandemic restrictions.

The administration of President Joe Biden, Mayorkas told ABC television, wants to ensure that “any passport that we provide for vaccinations is accessible to all and that no one is disenfranchised”.

The European Union is working to introduce a vaccine travel document for this summer so it can welcome back badly needed tourists, and some EU countries plan to introduce certificates at the national level.

But the idea is controversial in the US. Some conservative states like Florida and Texas reject the idea of vaccine travel documents on grounds this would violate peoples’ basic rights.

This week a lawmaker who supports former president Donald Trump caused an uproar by saying a vaccine passport would be like the yellow star that the Nazis forced Jews to wear.

In April White House press secretary Jen Psaki said there was no federal law requiring people to get vaccination certificate in order to travel.