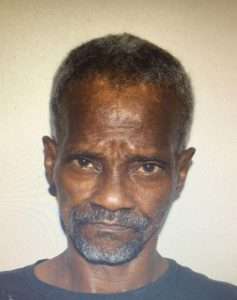 (TRINIDAD EXPRESS) – A man found with stolen clay blocks in a wheelbarrow during the curfew, has faced the maximum sentence for breaching the 9 p.m. to 5 a.m. order.

Alloy Turner of St Margaret’s was sentenced to the six month jail term for breaching the curfew which was announced by the Prime Minister on Saturday. He was also jailed for the theft of the blocks.

The court heard that at 3.10 a.m. on Wednesday, police officers were on mobile patrol along Southern Main Road, St Margaret’s when they saw Turner pushing a wheelbarrow loaded with red blocks.

They asked him where he had gotten them and he said he “now take dat from the land.” Questioned further, Turner said the blocks did not belong to him and that he had only taken some of them.

Asked if he knew about the curfew, Turner said he was aware but that “this is the time ah have to do this.”

Constable Mathura continued investigations and spoke to the owner of the blocks who said he had secured them on Tuesday on the lot of land along Southern Main Road, St Margaret’s. He later realized 30 of the bricks which cost him $180 were missing from the pallet.