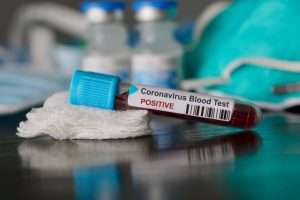 (CMC)— Trinidad and Tobago Tuesday reported an additional 23 deaths and 601 new cases of the coronavirus (COVID-19) as Caribbean countries reported deaths and increased cases of the virus over the last 24 hours.

The Ministry of Health in its latest bulletin said that the active cases have now reached 6,318, while the death toll is 317. The new cases were for the period March 13-16.

The ministry said that 17,150 people have tested positive for the virus since the first case was reported in March last year, while 387 patients are in the seven hospitals across the island. They said 336 people are in government sanctioned quarantine and 5,201 in home isolation.

Barbados has recorded its 47th COVID-19 related death. The deceased is a 67- year-old Barbadian woman with co-morbidities, who passed away on Monday, May 17.

Meanwhile, four new cases, including three females were recorded on Monday, out of the 419 tests conducted by the Best-dos Santos Public Health Laboratory.

Three people were released from isolation having recovered from the viral illness. There are now 87 people in isolation.

Since the first cases were identified last March, the island has recorded 3,972 confirmed cases, comprising 1,920 females and 2,052 males. There have also been 3,935 recoveries.

The Ministry of Health (MOH) in Guyana Tuesday announced that one person who tested positive for the novel coronavirus (COVID-19) has died, taking the death toll from the pandemic to 345.

The ministry said that the latest fatality is a 56-year-old male from Region 7 (Cuyuni-Mazaruni) who died while receiving care at a medical facility.

The Ministry said the total positive cases increased to 15,454 after 102 new cases were detected in the last 24 hours.