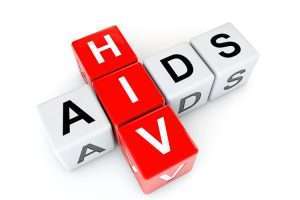 (CMC) — The Guyana-based Pan-Caribbean Partnership against HIV and AIDS (PANCAP) says it will convene a virtual three day-meeting in June to discuss the impact of the coronavirus (COVID-19) pandemic on national and regional HIV programmes.

PANCAP, the mechanism that provides a structured and unified approach to the Caribbean’s response to the HIV epidemic, said the June 2-4 event will be attended by representatives of National AIDS Programme (NAP) managers, civil society organisations (CSOs) and key stakeholders.

It said the meeting will also decide how the PANCAP and its key partners can support countries in ensuring programme continuity despite disruptions.

The meeting is occurring several weeks after the Joint United Nations Programme on HIV/AIDS (UNAIDS) launch of the Global AIDS Strategy 2021–2026, End Inequalities, End AIDS. The strategy focuses on inequalities and closing the gaps hindering progress to end AIDS. It sets out new targets and policies to be reached by 2025.

PANCAP director, Dr Rosmond Adams, said the meeting is critical to the new trajectory of the region’s HIV response as countries continue to be challenged by COVID-19.

“A survey conducted by PANCAP and Pan American Health Organisation (PAHO) last year showed that during 2020, facility-and community- based HIV testing services reduced by two-thirds (69 per cent ) in countries due to COVID-19.

“The meeting will facilitate essential discussions on how national programmes and civil society organisations can collaborate to ensure continuity of access to HIV prevention, care and treatment for the most vulnerable populations,” Dr. Adams said.

The PANCAP director also expressed concern about protecting the gains made in the HIV response even as the region is experiencing another wave of COVID-19 infections.

“COVID-19 has strained health systems and exposed gaps in public health. From the highest levels of national leadership to community-based health facilities, human, financial, and research resources were diverted from HIV efforts”.

He said it is critical for stakeholders at the upcoming meeting to reach a consensus on advocating and encouraging governments and policymakers to increase, maintain, and guard domestic resources allocated for HIV.

The forum is also occurring as the world marks 40 years since the first cases of AIDS were reported and prior to the upcoming United Nations General Assembly High-Level Meeting on HIV and AIDS 2021.

The outcome of the meeting will determine the continued success of the HIV response in the face of strained public health systems and what the response will look like in the post-COVID Caribbean, PANCAP added.