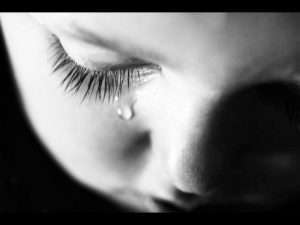 (CMC) — Guyana’s Ministry of Human Services says that during the first quarter of this year, 110 young boys, aged three and under, were abused.

The ministry in releasing the figure on Sunday in observance of the International Day of the Boy Child, also said that over a total of 404 boys were abused during the same period.

“I’m sure you’ll agree with me that the tendency has been to pay more attention to the girls and protect them, while we show less consideration to the boys. While it is true that more girls are abused sexually and otherwise, let’s not be deceived into thinking that the same thing doesn’t happen to boys,” said Minister of Human Services Dr Vindhya Persaud, in a statement.

The minister called on the Guyanese to pay attention to the vulnerability of boys and young men, highlighting that in the first quarter of 2021, it was found that 635 girls were abused.

“The types of abuse reported include physical, sexual, verbal, neglect, and abandonment,” she related.

Cognisant of the prevalence of child abuse, the minister said that systems are being instituted to cater for both boys and girls. Additionally, she highlighted that the ministry’s Child Care and Protection Agency, headed by Ann Greene, has been working to promote more awareness of the issue.

“It’s true that our boys are hurting and they need us. While they are also groomed for sexual abuse, we don’t get them to talk easily about it,” she underscored.

In December, in another section of the local media, it was reported that 113 boys were sexually assaulted for the period January 2020 to October 2020, according to statistics compiled and presented by the Child Care and Protection Agency.

These figures indicated that boys between the ages of eight and 13 are most susceptible to sexual abuse, with 44 of them in that age group being made victims already for the year. It is important to note that in the figures provided by the human services minister in her press statement, the largest number of abused boys (147 boys) were in the eight to 13 age group.